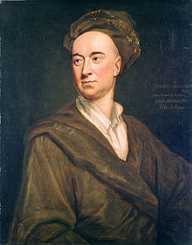 John Arbuthnot was born in and baptized on April 29, 1667. He was a Scottish Physician. He was also a satirist and a polymath in London. He was renowned for his mathematics’ contributions. He died at the age of Sixty seven years.

John Arbuthnot was born and baptized on April 29, 1667, in Arbuthnot, Kincardineshire. He was born to Reverend Alexander Arbuthnot and Margaret Nee Lamie. He was brought up alongside two siblings. He joined Marischal College to pursue Bachelor of Arts.

On 1685, he graduated with a degree in Arts. In 1691, his father passed away. He later went to London to teach mathematics. In 1692, he wrote and published ‘Of the Laws of Chance.’ He later became Edward Jeffrey’s private tutor. In 1964, he joined University College in Oxford.

John Arbuthnot later quit due to lack of fees to pay for full time. In 1696, he enrolled in University of Andrews to pursue Doctorate in Medicine. He received his doctorate after defending seven theses on medicine. In 1697, he wrote ‘Satire’ answering Dr. John Woodward’s Essay.

In 1701, he wrote a mathematical work. In 1702, he successfully treated Denmark’s, Prince George. In 1704, he became a member of the Royal Society.  In 1705, he became a Cambridge University’s MD. He later became Queen Anne’s physician.

He also became a member of the Historia Coelestius publishing board. He later published ‘Tables of Grecian, Roman, and Jewish measures, weights and coins’ which was later reduced to English standard.  He later wrote ‘A sermon preached to the people at the Mercat Cross of Edinborough on the subject of the union Ecclesiastes, Chapter 10, Verse 27’ to push the acceptance of the Act of Union.

He later gave hints to Jonathan Swift in the production of ‘Tory Examiner.’ In 1711, he alongside Swift formed ‘The Brothers Club’ where he gave his ideas and writings. In 1712, he wrote ‘Law Is a Bottomless Pit’ among other articles that featured John Bull.

In 1713, he embarked in his political satire with proposals of treatise political lying. He was later made Chelsea Hospital’s physician.  In 1714, he lost all his royal advantages following the death of Queen Anne. In 1717, he was part of the ‘Three Hours after Marriage’ play. In 1719, he was made the Royal Academy of Music’s director. He later took up a pamphlet war regarding treatment of smallpox.

In 1723, John Arbuthnot became one of the Royal College of Physicians’ censors. He later wrote against the apothecaries.  In 1727, he became the Royal College of Physician’s Elect. In 1731, after the death of his wife, he wrote ‘An essay concerning the nature of ailments and the choice to them, according to the different constitution of the human body’ which became famous.

In 1733, he wrote ‘An Essay Concerning the Effects of Air on Human Bodies’ a popular medicine work. He later contributed ‘An Essay of the Learned Martinus Scriblerus Concerning the Origine of the Sciences’ to Swift and Pope’s Volume ‘Miscellanies, Volume the Third.’ In 1734, he wrote to the pope concerning his ill health.

In 1702, John Arbuthnot married Margaret ‘Wemyss’ with whom he had one child. His wife died in 1730. He died on February 27, 1735, of ill health in his house in Cork Street, London. He died at the age of Sixty Seven years.