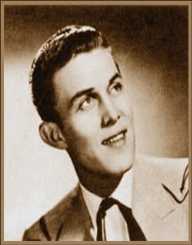 From a humble background to riches - that is the story of Jimmy Dean, a Grammy award-winning TV personality. Dean was a showman – a musician (he played country music), an actor and a TV host. He also owned a few businesses which also included a hog-meat business.

Jimmy Dean was born on August 10, 1928, in an impoverished family suffering from the great depression. His full name was Jimmy Ray Dean, and his birthplace is Olton, Texas. Dean’s star sign was Leo. It was tough when young Jimmy was growing up. His father was not able to provide for even the requirements such as food. His mother worked as a barber and sewed clothes for her children from sugar sacks.

Mocking from fellow students added to the hardship. This developed an intense desire in Jimmy Dean to improve the economic status of his family. He also learned music which brought him peace. He learned the piano, guitar, harmonica and many other instruments.

Although Jimmy Dean started going to school as normal children do, all he faced in his school was mockery from fellow students for his clothes. To make things better, he dropped out of school and decided to work and earn some money for the family.

Jimmy Dean first began serving with the Merchant Marines. He was only 16 years old at the time. In early 1946, he enlisted in the U.S. Air Force. World War II was coming to an end, and while in the air force he gave music performances in nightclubs. After being relieved from military duty, he joined the Tennessee Haymakers but soon formed a band of his own named Texas Wildcats. After a few years of moderate success, he signed a record deal and released Bummin’ Around. The album became a major hit, and his career took off. He got his radio show on WARL.

After his radio show became a major success, Jimmy Dean came on TV. In 1957, The Jimmy Dean Show aired for the first time on TV. Soon, it became an excellent Launchpad for many different country artists who were looking for exposure. The show also helped Dean develop his reputation as a country musician. Big Bad John became a number 1 hit on country and pop charts. The song brought Dean a Grammy award.

The show was cancelled in 1963; however, soon it was picked up again by another network, ABC. Once again, the show helped artists like Roger Miller to reach the mainstream audience. In its second avatar, The Jimmy Dean Show also popularized the Muppets. The Muppets soon became a major franchise worth millions of dollars.

As an actor, Jimmy Dean appeared both on TV as well as movies. He was cast as a support character in Daniel Boone and also appeared in Diamonds are Forever alongside Sean Connery. I.O.U. – A song that he dedicated to his mother went on to become another massive hit. With enough money, Dean now decided to invest in and start other ventures such as a meat business. In 1984, he sold this business to Sara Lee Foods.
Dean wrote his autobiography 30 years of sausage, 50 years of ham, which was released in 2004.

Jimmy Dean was inducted into the Country Music Hall of Fame in 2010. He was retired by then and 81 years old.

Jimmy Dean was married to Donna Meade, a singer & songwriter. They owned an estate in Varina, Virginia. Once his home was destroyed in the fire, but the couple rebuilt it themselves. They produced three children.

Jimmy Dean passed away on June 13, 2010, at his home. He was 81 years old and suffering from old-age health problems for a few years.