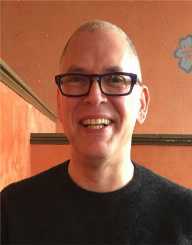 Also Known For : Realtor, IT Consultant

Jim Obergefell is a political activist who advocates for equal rights for the members of the LGBTQ community.

James Robert Obergefell was born on July 7, 1966, in the city of Sandusky, Ohio. He was a student at the University of Cincinnati. He earned a bachelor’s degree in German and secondary education. He first got a job as a teacher. He then became a real estate agent. He eventually ended up working as an IT consultant.

In 1992, Jim Obergefell started dating a man named John Arthur. In 2011, Arthur was diagnosed with ALS, a fatal neurological disease. On June 26, 2013, the U. S. Supreme Court lifted the restriction that stated that marriage is only limited to heterosexual couples.

Obergefell and Arthur immediately decided to get married. They had to leave Ohio for a state that recognized gay marriage. On July 11, they got on a plane and landed at the airport in Baltimore, Maryland. Because of Arthur’s illness, they had to perform the actual ceremony on the flight.

In November 2014, the Sixth District Court of Appeals ruled against Obergefell, as well as against several other cases seeking marriage equality. The group decided to file an appeal to the U. S. Supreme Court. After several hearings, the Supreme Court announced the ruling on June 26, 2015. The judges declared that all states have to grant and recognize same-sex marriages.

Jim Obergefell has devoted himself to increasing the rights of the LGBTQ community. He is a board member of the Services and Advocacy for LGBT Elders organization, the National Advisory Board of the LGBT Historical Society, and the Advisory Board of the Mattachine Society of Washington. In 2016, he published the book Love Wins: The Lovers and Lawyers Who Fought the Landmark Case for Marriage Equality. He wrote it together with Pulitzer Prize winner Debbie Cenziper.

Jim Obergefell has won awards from organizations such as Equality North Carolina, Equality Florida, the National Gay and Lesbian Chamber of Commerce, the Cleveland Stonewall Democrats, the National Underground Railroad Freedom Group, and the American Civil Liberties Union of Southern California. He has received commendations from institutions such as Trinity College of Dublin and the city of Cincinnati.