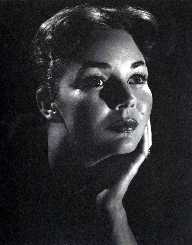 Jennifer Jones was born on March 2nd in 1919. Her place of birth was in Tulsa, Oklahoma. She stands among those actresses that gained popular during the golden years of Hollywood when people watched films on silver screens. During her career, he featured in more than 20 films. She won an Academy Award for the first role that she landed in 1943- The Song of Bernadette. The period from 1940 to 1970s marked her highest career points as she went on to win several Oscar awards. Some of the films that she featured in during this period include Love Letters-1945, Duel in the Sun-1946, Love Is a Many Splendored Thing-1955 and many more. Jones passed away at the age of 90 years.

On March 2nd, 1919 Jennifer Jones was born and was given the name Phylis Lee Isley. She later went for her studies in New York as she studied at the American Academy of Dramatic Arts. While studying at this institution, she met her soul mate who would later be her husband, Robert Walker. He also had high hopes on one day being famous in the film industry. After her marriage to Walker in 1939, Jones did not take time before landing an acting contract with the Republic Pictures. This contract lasted for only six months after which she migrated to California. In early 1940, Jones crossed paths with David O. Selznick who was a Hollywood magnate. He was impressed with Jones’s acting abilities, and this encouraged him to sign her to a personal contract. This later on changed into something else as they tied the knot together. The pair stayed together in this relationship until the mogul passed away in 1965.

While under the care of David O. Selznick during the early 1940s, Jones career took off on a high note. After auditioning for her first movie role, Henry King, a director was moved by her acting prowess. This made her qualify for the highly coveted role of Bernadette Soubirous in the 1943 film The Song of Bernadette. The drama film made Jones a star right from the word go. During her 25 birthday the coming year, she was bestowed with an Academy Award for being the Best Actress.

Her popularity was given a further boost by the numerous films that she later appeared on in two decades. Her closeness to Selznick gave her the advantage of winning the lead roles in silver films such as Duel in the Sun-1946, Since You Went Away-1944, Love Letters-1945, Cluny Brown-1946, and Portrait of Jennie-1948. During the 1950s, she featured in several films such as Gone to Earth-1950, Carrie-1952, Terminal Station-1953, and Good Morning, Miss Dove-1955.

Jones concluded her film career after playing a lead role in The Towering Inferno as Lisolette Mueller. This was an action-drama disaster movie which went on to receive high approval from people out there. As a result of the success of this film, Jones earned herself a Golden Globe award for being the Best Supporting Actress.

Jennifer Jones was married three times during her lifetime. Her first marriage came in 1939 to Robert Walker who was also a wannabe actor. From this marriage, they had two sons. In 1949, she got married for the second time to David O. Selznick and had one daughter together. She stayed in this relationship until her husband, David passed away in 1965. Years later, she got married for the third and last time to Norton Simon who was famous for being wealthy. In 1993, Simon passed on leaving Jones behind.

Jennifer Jones died on December 17th, in 2009 from natural causes. She was 90 years old at the time of her death.