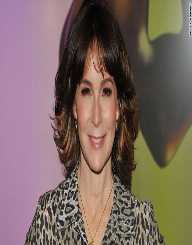 Jennifer Grey came to prominence during President Ronald Reagan reign in the 1980s.She ruled the 20th-century with nothing else than her acting skills. She is the type of person who fits perfectly in every field, be it a rom-com, theater, and television industry. Hailing from a well-vast family who loved arts and music, Grey opted to follow their footsteps. At a glance, she loved to participate in theaters and school drama roles. Before fame, Grey started to appear in short commercials as well as mid-plays. Afterward, she appeared in the leading roles including the 1980s Dirty Dancing and Ferries Bueller’s Day Off. It was in 1987 that Grey took a break due to a tragic road accident. However, she reinstated back with a boom where she was featured in TV movies, series, and films. Read along.

On March 26th, 1960 Jennifer Grey was first seen in the world in New York. She was born to Jo Wilder, a singer, and Joel Grey an actor. Grey loved to spend time with her younger brother called James Katz who in turn came to serve as a promising chef. It was in 1978 that Jennifer graduated from Dalton School where she majored in dancing and acting. She then joined a Neighborhood Playhouse in Manhattan where she upped his acting skills for two years.

At seventeen years of age, Jennifer Grey began her acting career when she started to appear in small commercials. Afterward, she was featured in a film called Reckless and The Cotton Club movie. This is what paved the way for more resounding movies and debuts. In the mid of 1985, she appeared in a film called American Flyers.

In 1986 Jennifer played Jeanie Bueller’s in a rom-com movie called Ferries Bueller’s Day off. It was the first film that cemented her to the world of fame and great recognition. She followed it up with a drama called Dirty Dancing in partnership with Patrick Swayze, an actor. The film is said to have accumulated a considerable profit as well as a Golden

In 1988 Jennifer voiced a fantasy film titled Gandahar. From there henceforth she received several interviews and invitations that made her be featured in both small and significant roles. Some of the notable films include the Bloodhound of Broadway, Murder in Mississippi, Eyes of a Witness and Criminal Justice.

From 1995 to 2010 Jennifer’s name secured top Hollywood charts for her incredible skills in films like Fallen Angles, It’s Like, You Know, John from Cincinnati among others. In 2013 Grey voiced in an animation film called The Wind Rises followed by a sitcom movie titled Red Oaks.

Jennifer’s major works include her role in early films like Dirty Dancing and Ferris Bueller’s Day Off. When it comes to her own life, Grey once dated Mathew Broderick, an actor at the beginning of the 1980s. Although they opted to keep their relationship out of public eye; they came into limelight after some time. She has also dated an American actor called Johnny Depp and a journalist named George Stephanopoulos. After some time, Jennifer tied a nuptial knot with an actor and screenwriter named Clark Gregg on July 21st, 2001. The union has a daughter called Stella.