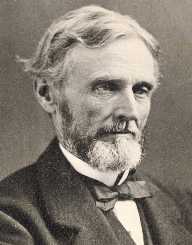 Also Known For : Former President of the Confederate States of America

Jefferson Finis Davis was born on June 3, 1808, in Kentucky. His father Samuel Emory Davis served in the Continental Army during the American Revolutionary War. He and his wife Jane had ten children, of whom Jefferson was the youngest one. He was named after the third U.S. president Thomas Jefferson. When he was young, his family relocated first to St. Mary Parish, Louisiana, and later to Wilkinson County, Mississippi. Davis went to school in a small town school in Woodville, close to his family’s cotton plantation.

His brother Joseph was like a father figure to young Jefferson and encouraged him to get an education. Davis enrolled in the Catholic school of Saint Thomas at St. Rose Priory, although he was a Protestant. In 1818, he returned to Mississippi and studied at Jefferson College at Washington. Three years later he went to study at Transylvania University in Lexington.

When Jefferson Davis was 16 years old, his father died. His brother Joseph arranged him an appointment at the United States Military Academy starting 1824. He graduated in 1828. Following his graduation, Davis was assigned to the 1st Infantry Regiment and was stationed together with Zachary Taylor, a future president of the United States. Davis was in Mississippi during the Black Hawk War, after which he was assigned to escort Black Hawk to prison.

Jefferson Davis fell in love with Taylor’s daughter Sarah and wanted to marry her, but her father opposed since he didn’t wish his daughter to live a life on military posts. He understood the objection and began to question the army career. In 1835, he finally decided to resign his commission and in the summer married Sarah.

After their wedding, the two moved to Sarah’s sister Anna’s home in West Feliciana Parish in Louisiana. They wanted to spend the summer months there, but both of them contracted malaria or yellow fever. Sarah died in September the same year.

After the tragic death of his young wife, Jefferson Davis traveled to Havana, Cuba, from where he moved to Washington, D.C. He spent several years developing his plantation and studying government and history. He became involved in politics in 1840 when he attended a Democratic Party meeting. Two years later, he attended the Democratic convention and in 1943 became the Democratic candidate for House of Representatives. In 1844, he was selected as one of six presidential electors for the 1944 presidential election.

In 1844, Jefferson Davis met New Jersey Governor’s daughter Varina Banks Howell, with whom he married the following year. During this time, Davis became the candidate for U.S. House of Representatives and won the election. Davis and his wife had six children.

When the 1846 Mexican-American War began, Jefferson Davis resigned from the House of Representatives and volunteered in the 155th Infantry Regiment. He became a colonel under Zachary Taylor. Davis led a successful charge in the Battle of Monterrey and fought at the Battle of Buena Vista, where he was shot in the foot.

After the war, Jefferson Davis was appointed to a vacant position at the United States Senate. He took the seat in 1847 and served until 1850. As a senator, he proposed an amendment that would have annexed most of northeastern Mexico, but it failed to pass. He was also insisting on annexing Cuba. Davis was made the chairman of the Committee on Military Affairs.

In 1851, Jefferson Davis resigned his seat in the Senate to run for the governorship of Mississippi. In 1853, Franklin Pierce won the presidential election and made Davis his Secretary of War. Davis began work on the Pacific Railroad Surveys to determine routes for Transcontinental Railroad and promoted the purchase of southern Arizona. After Pierce lost the re-election, Davis returned to the Senate.

In 1861, Jefferson Davis was made the Major General of the Army of Mississippi and was later approached as the possible presidential candidate. Davis had widespread support from six of the seven states and easily won. One of the essential duties of his career was to prevent the reinforcement at Fort Sumter or to let it happen.

He demanded the Federal garrison to surrender, but since it did not, Davis initiated an attack. Although no one was hurt, this fight started The Civil War. In 1862, Davis assigned General Robert E. Lee to command the Army of Northern Virginia.

Since the Confederacy was weakened, Jefferson Davis chose his cabinet from members of different states, which helped to maintain good relations between legislative and executive branches. However, as the war progressed, there was a lot of dissatisfaction in the cabinet. Davis asked the European powers to help confederacy, but after the Union Blockade, European nations remained neutral.

In 1865, Jefferson Davis approved enlisting slaves in the army, with a promise of freedom for service. However, just a week later he received Lee’s letter announcing surrender. When Lincoln was shot, the new president Andrew Johnson issued $100,000 reward for the capture of Davis. He officially dissolved the Confederate Cabinet in 1865.

In 1865, Jefferson Davis was captured and imprisoned at Fortress Monroe. His wife and children were later allowed to join him, and they were given an apartment in the officer’s quarters. Davis was indicted for treason and wanted a trial for himself, however, at the time there were no treason trials against anyone. After two years of imprisonment, Davis was released for $100,000 bail.

In 1869, Jefferson Davis became the president of Carolina Life Insurance Company in Tennessee. He later became the president of the Agriculture and Mechanical College of Texas. During the reconstruction times, Davis never expressed his opinions in public. In 1876, he promoted the US trade stimulation with South America. He traveled to England, where he met Sarah Anne Ellis Dorsey. She invited him to stay at her plantation Beauvoir in Biloxi, Mississippi and later left all of her estates to Davis.

In 1889, while traveling to visit his plantation at Brierfield, Jefferson Davis was caught in the rain and got a cold. He had been struggling with poor health for all of his life, mainly from episodes of malaria. Davis suffered from bronchitis, which was complicated by disease. He got worse in December and died in 1889 in the presence of several friends and his wife, Varina.