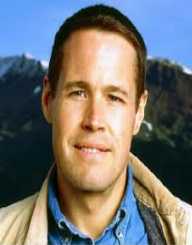 Jeff Corwin is an American biologist and environmental activist. He has hosted many television shows, exploring nature and animals around the world.

Jeffrey Samuel Corwin was born in the town of Norwell, Massachusetts, July 11, 1967. He graduated from Norwell High School. He enrolled at the Eastern Nazarene College. He stayed there for one year. He then transferred to Bridgewater State University.

He graduated with a degree in anthropology and biology. He then continued at the University of Massachusetts at Amherst. He got a master’s degree in wildlife conservation.

Jeff Corwin was involved with the preservation of rainforests in South and Central America. He helped create the Emerald Canopy Rainforest Foundation in 1984. He also took part in the United Nations Environmental Program. In 1993, he addressed the United Nations General Assembly about the importance of wildlife conservation.

It was called The Jeff Corwin Experience. In 2003, he played himself in an episode of the popular crime show CSI: Miami. He directed a documentary called Giant Monsters. He also hosted the program King of the Jungle.

In 2005, Jeff Corwin hosted the program Corwin’s quest. In 2007, he started Into Alaska with Jeff Corwin, a show on the Travel Channel. He continued the series with the program Into America’s West. He also became a correspondent for a CNN documentary, called Planet in Peril.

He had an incident in Cambodia during the filming of this show. An elephant attacked him, pulling his arm and swinging him around. He has since stated that his injury never healed fully.

In 2009, Corwin hosted the documentary Feeling the Heat and the unique Future Earth: 100 Heartbeats. He also got his show at the Food Network. It was called Extreme Cuisine with Jeff Corwin.