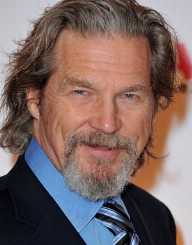 Jeffrey Leon Bridges was born 4th December 1949, to Lloyd and Dorothy Bridges. He was born in Los Angeles, California, in the United States. He came from a family ensconced in the entertainment industry.

Jeff Bridges had three siblings– a brother who died at an early age from sudden infant death syndrome, a younger sister, and an older brother, Lloyd, who also became a talented actor.

He studied at University High School, and he graduated in 1967. He then toured with his father in a stage production called Anniversary Waltz. Bridges then moved to New York City to study acting at the Herbert Berghof Studio.

Over the years, Bridges was also involved with music. He had learned piano when he was young, and he played guitar. In January 2000, he released his first studio album, Be Here Soon.

As well as continuing to act in the movies, Jeff Bridges also performed with his music, and in 2011 he signed a recording contract with Blue Note Records, through the EMI Music Group, and released his second album that same year, called Jeff Bridges. His third album was released in 2015, and it was a spoken-word album called Sleeping Tapes. This was a charity album, and all proceeds went to his charity called No Kid Hungry.

Jeff Bridges is a keen photographer, and in 2003 he released a book of some of his photographs. The book is called Pictures: Photographs by Jeff Bridges.

In 2013, Bridges released a book he wrote with Bernie Glassman, called The Dude and the Zen Master.

Jeff Bridges has been nominated for over 60 awards, and he has won 15 of them. His wins include one Academy Award, one Golden Globe, and one Screen Actors Guild Award.

In 1977, Jeff Bridges married Susan Geston. When they met, Gaston was a waitress. The couple has three daughters.

Jeff Bridges is active in working to help underprivileged children. In 1984, he established the End Hunger Network in conjunction with others from the entertainment industry. The Network supports action to end childhood hunger.

In 2010, he became a spokesperson for the No Kid Hungry campaign, which works towards getting rid of childhood hunger in the U.S.

In 2015, Jeff Bridges was an advocate for the End Childhood Hunger by 2015 initiative by President Barak Obama.