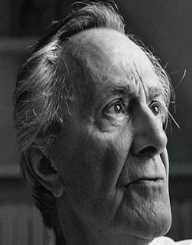 Jean-Francois Lyotard was born on August 10, 1924. He was a French philosopher and sociologist. He was also a literary theorist. He is famous to date due to his postmodernism ideologies. He researched the impact of postmodernity on the human condition. He co-founded the International College of Philosophy. He died on April 21, 1998, at the age of seventy three.

Jean-Francois Lyotard was born on August 10, 1924, in Versailles in France. He was born to Jean Pierre Lyotard who was a sales representative and Madeleine Cavalli. He attended the Paris Lycee Buffon and Louis Le Grand for his primary education. He later joined Sorbonne where he studied philosophy. After he graduated, he became a researcher at the National Centre for Scientific Research, France.

In 1950, he became a philosophy teacher in Constantine in French Algeria. In 1971, he obtained a State Doctorate with his dissertation ‘Discours, Figure.’ In 1948, he got married to his first wife Andree May with whom he had two kids, Laurence and Corrine. In 1993, he married his second wife Dolores Djidzek with whom he had a son, David.

Jean-Francois Lyotard also co-founded the International College of Philosophy with Francois Chatelet, Gilles Deleuze, and Jacques Derrida. He was also the Woodruff Professor of Philosophy and French at Emory University. In his works throughout his career, he opposed universals, generality, and meta-narratives.

Jean-Francois Lyotard died on April 21, 1998, of complications that come with leukaemia while he was preparing for a conference in France. He died at the age of seventy three. His remains are buried in Division 6 of Pere Lachaise Cemetery, Paris.