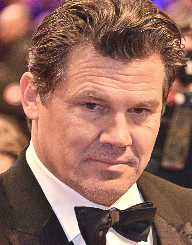 Born on April 25, 1970, Jason Michael Lee is an American actor and comedian. He is also a comedian and skateboarder. Made an acting debut in 1991 in Video Days, a skateboarding promotional video though not credited for the role. He moved on to feature in Mi Vida Locaas a Teenage Drug Customer in 1993 and has since played roles in television and films. Some of his popular films and television series include My Name is Earl, Alvin and the Chipmunks film franchise, Mallrats, Chasing Amy, Jay, Silent Bob, Strike Back, Cop Out. He is a co-founder and co-owner of the skateboard deck manufacturing company Stereo Skateboards.

Jason Lee was born on April 25, 1970, in Santa Ana, California to Greg and Carol. His father was a car dealership manager and her mother a homemaker. Raised in Huntington Beach, he had his education at the Ocean View High School.

Jason Lee was a professional skateboarder from the 1980s to 1990s. After retiring from the game in 1992, he partnered fellow skater “Chris Dune” Pastras with to co-founded the skateboard deck manufacturing company Stereo Sound Agency. To promote skateboarding, Lee has featured in several promotional videos including Video Day by Blind Skateboards in 1991. His skateboarding was featured in the film Way Out East! By Stereo Skateboards in 2004 and in the video Jason Lee decided to come to part for the skateboard website The Berrics in August 2012.

In August same year, Jason Lee and Tony Hawk co-chaired the 9th annual Stand-Up for Skateparks Event. The event hosted by Tony Hawk aims at helping youth in low-income communities to have free and quality public skateparks. Also in 2012, he featured in videos of Keep A Breast Foundation to prevent and create awareness of breast cancer.

Jason Lee may have made an acting debut playing of videos of skateboarding but and in Mi Vida Loca but took acting as a career after 1994. He featured in Kevin Smith’s movie Mallrats as Brodie Bruce in 1995, which was also his first major movie. The film was very successful, and that propelled him to his next role in Drawing Flies in 1996 as Donner. With an established friendship with Kelvin Smith, he featured in most of his movies including Chasing, 1997, which won him an Independent Spirit Award, Dogma, 1999, Jay and Silent Bob Strike Back in 2001, Clerks II, 2006 and Cop Out in 2010.

Jason Lee played the role of Earl Hickey in My Name is Earl in 2005. The role gained him two nominations for the Golden Globe Award for Best Performance by an Actor in Television Series-Musical or Comedy in 2006 and Screen Actors Guild Award for Outstanding Performance by a Male Actor in a Comedy Series. He played Dwight Hendricks alongside Alfre Woodard in the series Memphis Beat in 2010 which ended was cancelled after season three in 2011. He went on to star in Raising Hope from 2010 to 2013.

Other series include Up All Night in 2011 which was cancelled after season two 2013 and The Road Chip by the 20th Century Fox in 2015. Lee played the role of Grady Paxson in Cocked, 2015 and Away & Back as Jack Peterson in 2015 along with Minka Kelly and Maggie Elizabeth Jones.

In 1995, Jason Lee got married to actress and photographer Carmen Llywelyn. The couple however divorced in 2001 which, according to Llywelyn was based on Lee’s commitment to Scientology. Lee later got engaged to actress Beth Riesgraf with whom he has a son Pilot Inspektor. In 2008, he married actress Ceren Alkac after the two had previously met at a concert in Britain. The couple has three children, Casper, Sonny and Alberta Lee. They have since 2015 been rumoured to have separated.

Jason Lee won the Independent Spirit Award in 2007 for his role in Chasing and an Online Film Critic Society Award for Best Cast in Mumford, 1999. He has also gained several nominations.