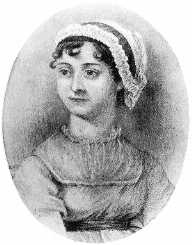 Jane Austen was a well known English author that was known for her novels which interpreted the life of the British Landed gentry around the eighteenth century. She was known to be on the lower fringes of English gentry. Most of her write ups are about her lifestyle and experiences. Jane Austen started writing at age twelve, and by age eighteen, she had written a lot. She was known to have shown her dislike in sentimental novels. She wrote her first “serious” novel while she was nineteen. The novel was titled, Lady Susan. Four of her novelswere published while she was still alive and the remaining after her death.

Jane Austen was born on the 16th day of December 1775 in the village of Steventon in Hampshire. Her father was Reverend George Austen. Her father was a rector of the Anglican parishes of Steventon as well as a dean. He was a reader and known to have a vast library which supplemented his income as a tutor. Same applies to her Moher who was famed with her wittiness and impromptu verses and stories.

Jane Austen was the seventh of her parents with six brothers. Jane got most of her education at home with her father and brothers serving as her teacher. She was an extensive reader who imbibed a lot through her love for reading. She was believed to have gotten her sense of satire from her siblings’ stage play. However, in 1783, Jane Austen\ was sent alongside her sister to study under a distant relative, but they got inflicted with Typhus which almost killed them. This facilitated their return to the family. In 1785, they were both sent to a ladies boarding school but came back later due to financial constraint. This made her study mostly at home in her father’s library.

Having being fascinated by the world of stories, Jane Austen began writing in inbound notebooks which house most of her write-ups. However, at her young age, she started with the script of her novel Love and Friendship which happens to be a parody of romance. It was organized as a series of love letters. With this novel, she unveils her wittiness and her dislike for romantic hysteria. In a year later, she wrote The History of England which happens to be a 34-page parody of the history of England.

Jane Austen included the illustrations that were drawn by her sister, Cassandra. In addition to this, she wrote other short stories as well as poems which she referred to as Jane’s Juvenilia. Most of her life was full of struggle. She was known to have helped run the family through her piano playing as well as socialization. She also became an accomplished dancer while she worked to help run the family. Most of the time, she read her novels out to the family for critiquing.

Sooner, Jane Austen started becoming a world-class novelist with her write-ups. She started and continued writing to develop her style into a recognizable one. She later wrote Lady Susan which was known to be very advanced. Jane Austen moved out with her father, mother and the kid sister, Cassandra. However, her father died in 1805, and the burden was on the three women. They started moving out from place to place to make ends meet. They, however, got a stable place to stay with Jane’s brother, Edward. In her 30’s, Jane started publishing her works secretly. She published Sense and Sensibility, Pride and Prejudice (this received a lot of critical acclaims) and Mansfield Park and Emma.

HER DEATH AND LEGACY

Jane Austen died at the age of 41 in 1817, after a short sickness. She tried to work as if nothing happened. She even went ahead in editing her older works as well as writing a new novel. Her health became bad that she could not write anything again. However, she died in Winchester, Hampshire, England after a year of sickness. While she was alive, she received some accolade for her works while she was alive. However, her identity as an author was only revealed after her death. Her brother helped in publishing her remaining works after her death.

Until today, she is considered as one of the greatest English writers in history. Jane Austen was voted as one of the 100 Most Famous Britons of All Time. There were TV adaptations of her works which include Emma, Pride, and Prejudice among others.

Jane Austen was never married. She chose to stay with her family until the end of her life. However, before she died, she ensures that she left a footprint in the history of her family and life.