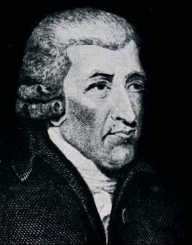 James Young was a leading scientist of the nineteenth century. He was famously known as James “Paraffin” Young, for, his methods of extracting paraffin from coal & oil shale.

James Young worked as an assistant to Thomas Graham and made significant contributions to Chemistry of that period. This includes his improvement over the voltaic cell as well as the use of dilute sulphuric acid to preserve potatoes.

James Young was born on July 13, 1811, in Glasgow, Scotland. His star sign was Cancer. His father John Young was a cabinet maker, and he instructed little James into the art from an early age. Soon James became an apprentice to his father.

James Young worked during the day and went to attend night classes at the Anderson’s College. He was 19 years old at the time. Here he met Thomas Graham, the famous lecturer of Chemistry and became his assistant.

While working under Graham, James Young released his first paper on improvement over the Voltaic Cell. He then shifted with Graham to London where they carried out experimental work together.

In 1839, James Young took a job as a manager at the James Muspratt’s Newton-le-Willows, Merseyside. He continued his research in Chemistry and switched jobs to work at Tennants, Clow & Co., Manchester five years later.

While in Manchester, James Young discovered a method to preserve potatoes from potato blight. The technique involved immersing the potatoes in dilute sulphuric acid.

Two Years later, James Young solved the problem of oozing oil from the Riddings Colliery in Derbyshire. He discovered a method to manufacture lubricating oil & naphtha from oil shale and coal. He also discovered how to extract paraffin from the same.

James Young patented all his production techniques and built a business around the same, both in the US and the UK. By 1865, he had bought out all his partners and became the sole owner of his business.

James Young then set up a large plant “Young’s Paraffin Light & Mineral Oil Company” at Addiewell. However, he took up a passive role in the company’s affairs and became a member of the board of directors.

James Young returned to the field of education in 1868. He became the President at the Anderson’s College and retained this position for ten years. While here, he founded the Young Chair of Technical Society.

Another significant contribution of Young was the discovery that quicklime coating could prevent the rusting of iron ships. This suggestion received a positive response from the Royal Navy who adopted the technique.

James Young was elected as a Fellow of the Royal Society for his contributions to Chemistry. He also received an honorary degree from the St. Andrews University.

James Young was married to a woman named Mary. They had seven children – three sons & four daughters. Young was a close friend of the famous explorer, David Livingstone.