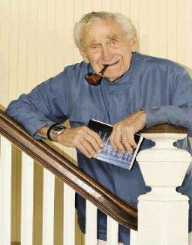 James Whitmore was a leading American actor who specialized in giving out tremendous performance on televisions, screen, and stage. He was notably known due to his gentle smile and well-aged face. Most of all, he portrayed an outwardly and solidly like appearance, but he was an inwardly warmhearted man.He rose to fame when he appeared in The Undercover Man film in 1949.The same year, he played in Battleground where he earned an Oscar nomination. Although he was primarily a supporting thespian, he also played leading roles in films like Black Like Me. Besides his stage and film work, he also managed to perform on television as a guest. This happened in 1960 to 1962 in The Law and Mr. Jones series.

On October 1, 1921, James Allen Whitmore was born in White Plains; New York in the U.S. He joined Amherst Central High School for his early education where he later attended Choate School under a football scholarship. He then received a scholarship to join Yale University where he majored in law. He loved football to the core, but due to sudden injuries, he turned his awareness to acting. He enrolled at Yale Dramatic Society where he learned different skills of acting.

James Whitmore was lucky to receive his first award while he was still a fresher. He capped a sergeant role as Harold Evans in Command Decision film. It is in this movie that he garnered the Tony Award. However, his fame came knocking in 1949 when he appeared in a documentary thriller called The Undercover Man.He seconded it to the Battleground where he received positive results.

Justice and success took James by surprise. Though his face showed that he was a nobleman at heart, his acting charms gained him a plus. Arrays of roles pointed towards him, and he proved that he was the one. He did his personification to the latter. It is here that he started to take different genres in films including religious and crispy actions. Some of his notable films included The Next Voice You Hear Above and The Asphalt Jungle.

From 1994 to 2002 he appeared in films like The Shawshank Redemption, The Relic, Win Vote, A Ring of Endless Light and The Majestic in 2005. James welcomed the new millennium by turning his talent into a television. He started with The Good Thief episode and the Crossroad series.

Towards the end of 1963 Whitmore played episodes like The Twilight Zone, and On Thursday We Leave for Home. After several years, he served as the head of the Simian Assembly in Planet of the Apes film. He then ended the decade with notable roles in series like My Friend Tony, The Virginian, and The Big Valley. He continued to play in several episode and series till in 2007 where he appeared in his last screen in the C.S.I episode titled Ending Happy.

James Whitmore’s hard work earned fruits when he started to receive various recognitions from prestigious institutions. From 1948 to 1999 he won awards like Tony Award, Golden Globe Award, Cable ACE Award and an Emmy Award in 1999. In 1947 James Whitmore married his first and longtime girlfriend, Nancy Mygatt with whom he had three sons. However, the couple divorced after several years of conflicts. He then married Audra Lindley in 1972 till 1979. Afterward; he married Noreen Nash an actress till his demise in 2009.James started to battle with lung cancer in 2008 where he breathed his last in 2009 at 87 years of age.