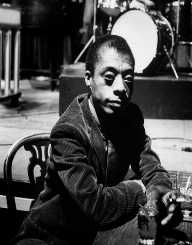 James Baldwin was born on the 2nd day of August 1924 in the city of Harlem in New York. He was raised by a single mother, named Emma Jones. Somehow, he never got know who his father was.

His mother married a Baptist preacher, known as David Baldwin by the time he was four years old. By age 14, he was a Pentecostal preacher as he had a religious encounter sometime in his teens. It is thought that his stepfather was his influence here. He was noted to have left the church after about three years in the midst of Pentecostals.

James went to High School in the Bronx district and was in DeWitt Clinton High School for that stage of education. He is noted for developing an early passion for reading such that he had a demonstrable writing skill. This led him to write several poems, short plays, and stories for publishing in his school journal.  He was in tandem with Richard Avedon, who later went on to hit photographic acclaim. Those early scripts marked him out as a literary genius who was ready to hit the limelight.

James Baldwin graduated from high school in the year 1942 but did not proceed to college immediately so he could work to support his family. His family was quite a large one with seven other siblings.  He is said to have lost his stepfather on the same day that his mother gave birth to his eighth sibling.

His work took him to the U.S Army, where he worked on the railroads by laying tracks. He had run-ins in New Jersey where he worked as a result of racial discrimination, being black. He worked the rounds on menial jobs after he lost his job to get by.

James Baldwin moved on to New York City later on and settled in Greenwich Village. This was one neighborhood where artists and writers often had colloquia and was a good environment for James. While writing a novel, he had to work odd jobs to meet his living expenses.

As the years ticked, by 1945, he got a fellowship through the influence of Richard Wright whom he warmed up to. This was the introduction to the publicity for his literary works as they got published in journals of national repute like the Partisan Review, The Nation, among others. After a three years sojourn in New York, he made a move to Paris.

It was in Paris that James found the freedom to express himself by shedding light on his racial and personal background. He had no bones about being the offspring of a slave and writing was a turf he loved to feel comfortable in.  He lived on both sides of the Atlantic, going forward.

The acclaim came in 1953 for James Baldwin with the publishing of his famous novel titled “Go Tell It on the Mountain.” This effort was an autographical account along with the fringes of his religious experiences and parentage. He expressed himself later on by declaring that the book was a way to deal with his hurt and his missing father.

The prominence he rose to was such that led to his participation in the Civil Rights Movement across America. By 1963, James was featured on the cover of the prestigious Time magazine. He was reviewed as a gifted literary sterling figure whose works traversed class, race relations, and themes in sexual orientation

He took on interracial relationships as the butt of his focus in the novel “Another Country,” published in 1962. It was the fellowship offered by Guggenheim that led him to Paris in 1954 fellowship. His next novel was Giovanni's Room, and this hit the shelves in the year 1955.

Again, he reviewed personal themes with this work, focusing on life in Paris for an American. The depiction of the homosexual life was to become the theme of his next novel in 1978 titled “Just Above My Head.”

The 1963 work,” The Fire Next Time” became the turning point for James Baldwin as he sought to explain what being black all was about. It is said that this work was an enlightenment effort directed at the white reader's across America. This essay collection was one that gave the reader a chance to see life through the eyes of the average black American.

The expression of his thoughts was seen as candid and was not missing a bit on the true picture of race relations. He offered a ray of hope by subscribing to the view that there was a chance of future improvement in race relations with such vivid descriptions. The book was a bestseller by every sense of the word as it sold more than 1 million copies.

James Baldwin’s debut on the Broadway platform came in 1964 when his work, “Blues for Mister Charlie” came to life. It was one drama that was set in 1955 about Emmett Till, an African-American boy who was murdered after a racial assault.

He co-wrote a book in 1964 with his ally known as Richard Avalon. The book was titled “Nothing Personal.” It was a tribute to Medgar Evers, who was also a Civil Rights leader. He also had an anthology of short stories “Going to Meet the Man,” within the same period.

He courted controversy when he used the first-person narrative for the novel titled “Tell Me How Long the Train's Been Gone” which was published in 1968.  Critics were fixated on his usage of “I” throughout the book.

The book explored themes in black life, family as well as sexuality. These were popular subjects at the time just as they have remained until today.

The mention of James Baldwin’s family centers on his stepfather; David Baldwin, Emma Berdis Jones; his mother and siblings.