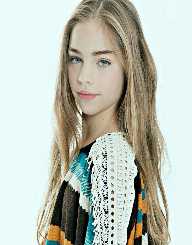 Young and talented Jade Weber was born on March 7th, 2005 in Hong Kong. She is young, but she has a dream of one day becoming a renowned fashion diva. This is a career that she has adopted from a tender age. She is famous for being featured in numerous commercials. She is also a renowned socialite with over 290, 000 Instagram followers.

Jade Weber was born on March 7th, 2005 in Hong Kong. Over the few years of her existence, she has already made a huge name for herself. This has mainly occurred on social media pages such as the YouTube. Right from the time she was 9, she knew her career path as she developed a special interest for photographs. In addition to this, she also worked on music cover videos by relying on YouTube. Some of the YouTuber stars that she has worked with are Hayden Summerall and MattyB.

Weber’s YouTube career is performing well as it is attracting a large audience to her side. Her recent video while working with MattyB dubbed Moment has over 9 million views in just a few months with its release. This video changed the course of her acting career at it earned her numerous positive reviews for her exceptional acting skills. It also portrayed her as a young and charming girl. She was also featured in Hayden Summerall’s music video called I Can’t Feel My Face. The cover shoot also earned her popularity both in the social media arena and on TV. The video boasts of over 800, 000 views to date.

In addition to her acting career, Weber has worked with several brands as a young model. Some of the brands that she has worked with include Levi’s, Old Navy, H&M, and Forever 21. Several magazines have also noticed her remarkable modeling skills and featured her in their papers including Vogue, Hooligans Magazine, Poster Child Mag and several others.

Jade Weber has other older brothers called Thibault and Matthieu. Her idol in her career is Angelina Jolie. Weber dreams that one day she would also be an influential figure just like Jolie.