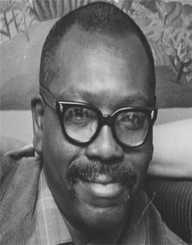 Jacob Lawrence was an African-American educator and painter, whose works depicted the life of the African-American. Born on September 7, 1917, he is considered as one of the best 20th-century African-American painters. Describing his style as “dynamic cubism,” Lawrence used brown and black for the shadows of his works making them standout and highlighted his African-American experience. His modernist illustration of everyday life and depiction of African American history and figures became his trademark.

Lawrence came to the limelight with his 60-panel Migration series, which portrayed the Great Migration of African-American from the rural south to the urban north. Other works include Life in Harlem (1942), and War (1947). He also served as a professor at the University of Washington. His works are displayed in several museums in the United States.

Jacob Lawrence was born on Septembers 7, 1917, in Atlanta, New Jersey. He had two siblings. After the divorce of his parents in 1924, his mother put them into foster care in Philadelphia. At the age of 13, Lawrence moved with his siblings to New York City, where they reconnected with their mother in Harlem.

Jacob Lawrence talent in arts manifested, while in Harlem after his mother enrolled him in an arts school called Utopia Children’s Center. Lawrence dropped out of school at age 16 and started working in a laundromat and a printing house. Lawrence, however, did not abandon his love for arts and continued his art studies at the Harlem Art Workshop, where he studied under African-American artist Charles Alston.

He later studied at Harlem Community Art Center, headed by Augustus Savage. With the help of Savage, Lawrence gained a scholarship to the American Artists School. While there he worked with Alston and Henry Bannarn, in the Alston-Bannarn workshop.

During the World War II, Jacob Lawrence was enlisted in the United States Coast Guard, serving as a crew on the USCGC Sea Cloud under Carlton Skinner. During this period, he made about 48 paintings, documenting his war experience around the world. None of the paintings survived.

Jacob Lawrence's artistic career explored the struggles and experience of African Americans. His early works portrayed life in Harlem. At age 21, he painted a series of Haitian general Toussaint L’Ouverture, from 1937 to 1938, which was displayed at the Baltimore Museum of Arts. He followed the work with the painting of the lives of Harriet Tubman, Frederick Douglas, and abolitionist John Brown.

After the World War, he started painting the War Series as he returned to New York. Lawrence painted the 60-panel Migration of the Negro, depicting the Great Migration, during which several African-Americans moved from the rural South to the North after the World War I. The painting earned him national recognition after an exhibition at the Museum of Modern Arts in New York.

Jacob Lawrence's works include And the Migrants Kept Coming (1940), Life in Harlem (1942), War (1947), and The Builders, 1947. He got depressed along the line and had to check into the Hillside Hospital in Queens in 1949 and stayed for 11 months. With his keen interest in arts, he continued painting while at the hospital but his works at this time displayed pain and suffering.

In 2001, his mosaic mural work, New York in Transit was installed in the Times Square subway station in New York City. He made almost 400 paintings before his death.

Aside from painting, Jacob Lawrence was also an educator and taught at the Black Mountain College, during the 1946 Summer Art Institute. He also taught in several schools. He moved with his wife to the Pacific Northwest in 1970 to pick an appointment as an art professor at the University of Washington. Some of his works are on display at the Paul G. Allen Center for Computer Science & Engineering and the Meany Hall for the Performing Arts at the University.