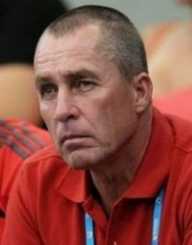 Professional tennis player Ivan Lendl was born on the 7 March 1960 in Ostrava Czechoslovakia. His parents Olga Lendlova and Jiri Lendi were both successful tennis players, and Lendl was their only child.

Lendl graduated from the University of Alabama.

After becoming a professional player in 1978, Lendl reached the number one ranking in February 1983. He broke the record by spending 270 weeks at the top of the rankings. He also won the Davis Cup in 1980 as part of the Czechoslovakian team.

Although Ivan Lendl never won at Wimbledon and therefore did not win a Grand Slam during his career, he won over ninety titles and was a finalist in nineteen Grand Slam tournaments.

The International Tennis Federation named Lendl World Champion in 1885, 1986, 1987 and 1990. Ivan Lendl was also nominated Player of the Year by the Association of Tennis Professionals three times during the mid-1980s.

From December 2011 until March 2014 Lendl was the coach of Andy Murray. During this time Murray won two Grand Slams. In March 2014 Lendl stepped down as Murray’s coach citing family reasons for doing so. Lendl began coaching Murray again in June 2016.

Ivan Lendl married Samantha Frankel on the 16 September 1989. The couple has five daughters. Lendl’s net worth has been estimated at $40 million. In 1992 he became an American citizen.