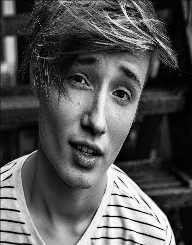 Isac Elliot is a Finnish pop star who is known to be very dreamy and filled with talent. At the very young age of 15, he has released two hit albums with Sony Entertainment label. He has also gone on tour with one direction as well as collaborated with Tyga, ABBA among others. His fan span through Europe. His vast legion of ardent admirers calls themselves Elliot'sand root for every step he takes. He won an MTV Europe Award when he was just 13 years old, and his first concert in Norway sold out in just eight minutes. He is known to have gear up to spellbind America with his projects and tours which are on the way. He is one of the most exciting and interesting pop stars of our time.

THE RISE TO STARDOM

One thing that is remarkable about Isac Elliot is that he did not look for fame, but fame sought and found him where he was. He was discovered at his first grade by a music teacher who upon insistence made him applied and got auditioned for the renowned boy choir. This audition took place when he was just six years old.

He, however, got to do a series of musicals at the national theatre in Finland being one of the musicals that are produced by ABBA. The musical period was said to be one of his most memorable moments ever.

It was when he was 11-year old that Isac Elliot wrote and recorded a song which he titled My Favorite Girl. This was however when he discovered that pop music was his forte. He sent this song to major labels. Although, he did not expect any success from it as he thought what would come up was a rejection letter. Fortunately for him, he got landed with a contract with Sony Music Entertainment! This marked the beginning of his stardom as he got transformed into the world of the star.


THE SPECIALITY OF ISAC ELLIOT

Isac Elliot is primarily identified as a pop musician, but he had become very great as a result of his education in classical music and is a choir member at a very young age. He was able to learn different singing techniques through his education when he was young. One of his dreams is to be like either Justin Bieber or Usher in the field of pop music as a solo artist.

He has done a lot enough to self-analyze his type of music. He once said that his music was an urban-pop flavored with dance and club music. He also said that he would prefer big melodies, especially, strong lyrical melodies.

Isac Elliot released his debut single, New Way Home, upon his signing up with Sony Entertainment in February 2013. This was later followed in May 2013 by his debut album Wake Up World. Surprisingly, the album peaked at No. 1 on the Finnish Albums Chart and No. 4 on Norwegian Albums Chart. Later on in that year, he was placed on the 11th in the Billboard Magazine Next Big Sound List in the future Star section.

Isac Elliot is currently a teen icon in his country and has as well inspired a documentary, Dream Big which is a chronicle of his musical journey. Later on, in 2014, he released his second studio album, Follow Me, and this peaked at no. 6 on the Finnish Albums Chart. This was later followed by Save a Girl tour which was hugely successful. After this, he kept on releasing singles which are non-album.

The greatest blessing for Isac Elliot is the fact that his family is a family of music. Music runs in his family like a stream. His father is his mentor as his father, Fedrick Lunden, is the lead singer of the Finnish band, The Capital Beat. He often praises his father for always being there to support him. He was however well received during his 2016 high profile US Tour. This is because he had gained a lot of foothold in North America. This shows that he is evolving to becoming an international pop star. He is very humble, ambitious and thankful.

Isac Elliot is always aware that everything could vanish easily within a twinkle of an eye. Thus, everything to him is that certainty is not certain in everything. Thus, based on his insightfulness, skills, and form, he would keep on giving his best for years to come.