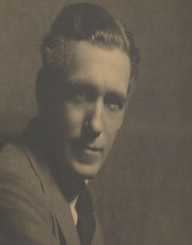 Irwin Shaw was born on February 27, 1913, in South Bronx, New York City. He had a younger brother David, who became a producer and writer in Hollywood. When Irvin was born, the family moved to live in Brooklyn. When he enrolled in college, Irwin changed his surname to Shaw. Shaw graduated from Brooklyn College in 1934 with a Bachelor of Arts degree.

Shaw began writing screenplays in 1935 when he wrote scripts for radio shows like Dick Tracy, The Gumps, and Studio One. He wrote his first play Bury the Dead in 1936. The drama was about a group of soldiers killed in a battle. During the 1940s, he wrote several screenplays for films such as The Talk of The Town, The Commandos Strike at Dawn and Easy Living.

When World War II broke out, Shaw enlisted in United States Army and became a warrant officer. He wrote and published the novel The Young Lions in 1948, which was based on his experiences in Europe during wartime. The novel was very successful and got adapted into a film in 1958. His second novel The Troubled Air was published in 1951. The book was a chronicle about the rise of McCarthyism.

Irwin Shaw was one of the people that petitioned to review the John Howard Lawson and Dalton Trumbo convictions. After this, he was accused of being a communist by the Red Channels publication. For this reason, Shaw was blacklisted in Hollywood and 1951; he moved to Europe. In Europe Shaw lived mostly in Paris and Switzerland.
During his time in Europe, Shaw wrote several screenplays like Desire Under the Elms and Fire Down Below. He also wrote several bestselling books, like the 1956 novel Lucy Crown, which was followed by 1960 novel Two Weeks in Another Town and 1970 novel Rich Man, Poor Man. in 1976, his novel Rich Man, Poor Man was adapted into television miniseries for ABC. Shaw’s last two novels were Bread upon the Waters and Acceptable Losses.

Irwin Shaw married the daughter of actor Snitz Edwards, Marian. The couple had one son, Adam Shaw. Besides his work as screenplay writer and novelist, Shaw also wrote for journals such as Collier’s, Esquire, The New Yorker, Playboy and many others. His best 63 stories were published as Short Stories: Five Decades in 1978.

During his lifetime, Shaw was awarded several awards and honors. He won two O. Henry Awards and a National Institute of Arts and Letters grant. For his work at Playboy, he also won three Playboy awards. Irwin Shaw died on May 16, 1984, in Davos, Switzerland. He had prostate cancer and died due to related complications.