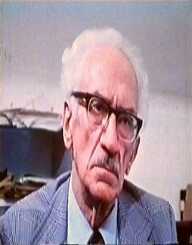 Immanuel Velikovsky was born on 10 June 1895 in Vitebsk, Russia (current day Belarus). His parents Shimon and Beila were both Jewish. As a child, Velikovsky learned several languages and was sent to study at the Medvednikov Gymnasium in Moscow. There he excelled in Russian and mathematics and graduated with a gold medal in 1913. After graduation, Velikovsky went to travel Europe and visited Palestine.

After his traveling, Immanuel Velikovsky went to France to study medicine for a brief period. Before World War II broke out, he returned to Russia and enrolled at the University of Moscow. Velikovsky graduated in 1921 with a medical degree.

After graduating from medical school, Immanuel Velikovsky traveled to Berlin. His father supported him financially, and Velikovsky was able to edit and publish two volumes of scientific papers into Hebrew. The volumes, Writings of the Jerusalem University & Library, became a cornerstone in the formation of the Hebrew University of Jerusalem since volumes of his work was donated to libraries of other institutions in exchange for complimentary copies of other publications from these institutions.

From 1924 until 1939, Immanuel Velikovsky lived in the British Mandate of Palestine, where he practiced general medicine, psychiatry, and psychoanalysis. During this time he published several papers in medical journals. He was also published in Freud’s Imago.

With the prospect of the beginning of the World War II, Immanuel Velikovsky decided to move to New York City. He intended to spend a year on research for his book Oedipus and Akhenaton. In the book, he suggested that Pharaoh Akhenaton was Oedipus. After the World War II began, Immanuel Velikovsky abandoned his original book project and began developing the radical catastrophist cosmology and revised chronology theories. Throughout the wartime, he remained in New York and continued to write about his ideas. He published two small pamphlets, Scripta Academica on his theories in 1945.

In 1950, Immanuel Velikovsky finished his Worlds in Collision manuscript. It was rejected by three publishing houses until finally it was published by Macmillan. Before the book was released, it was already a major topic of controversy. Harvard astronomer Harlow Shapley, who was familiar with Velikovsky’s pamphlets, opposed publishing of the book and threatened to organize a textbook boycott of Macmillan. For this reason, the book was transferred to Doubleday. It became a bestseller in the United States.

In 1952, Velikovsky’s revised chronology work Ages in Chaos was first published by Doubleday. His next work was the geological volume of Earth in Upheaval in 1955. Throughout the 1950s and 1960s, Immanuel Velikovsky was a persona non grata on academic campuses. However, in the 1970s, he began to receive requests to speak. In 1972, he was able to reach a large audience, when Canadian Broadcasting Corporation aired his one-hour television special. The following year, he was featured in a 30 minute long documentary on BBC.

Throughout the 1970s, Immanuel Velikovsky was working toward rebutting his critics in the academia. He toured North America and Europe to deliver his lectures. At the time, he was suffering from diabetes and depression, which was caused by the rejection of his work. Velikovsky died in 1979.