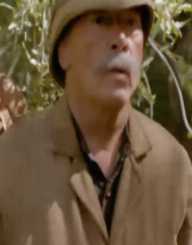 Henry Morton Stanley was born on January 28, 1841. He was a journalist and explorer who was famous for his exploration of Central Africa and his active search for missionary and explorer David Livingstone. He was so much committed to finding the source of River Nile as an explorer. He was also a commander in the Emin Pasha Expedition. He fled to the United States when he was a teenager and his life took a completely different turn. He became a journalist while in the United States and was sent to Africa by his employer to find David Livingstone. He was an excellent explorer, but he was cruel to African natives during his expeditions. He died on May 10, 1904.

Henry Morton Stanley was born on January 28, 1841, in Denbigh, Wales. He was born to Elizabeth Perry who gave birth to him at the age of eighteen and left him with his relatives. His father was not known well, but he was called John Rowlands. He was raised by his grandfather, but his grandfather died when he was five. He was later on sent to the St. Asaph Union Workhouse for the poor by his relatives. He was not at peace in the institution as he was abused by boys who were older than him. He left the workhouse at the age of fifteen when he had completed his elementary education. He did not yet adapt to the situation that his mother had abandoned him and this hurt him so much.

Henry Morton Stanley was a very adventurous boy, and he wanted to be able to adventure and travel one day in his lifetime. In 1859, he sailed to the United States when he was hired as a cabin boy in a ship. His first stop was New Orleans, and he immediately started looking for a job. He was employed by a wealthy trader who was known as Henry Hope. Henry and his wife treated him like their son. He adopted the name ‘Henry Stanley’ due to the admiration he had towards his employer. In 1862, Henry Morton Stanley served in the American Civil War in the Battle of Shiloh.

In1864, Henry Morton Stanley joined the American navy and worked on the ship ‘Minnesota’ as a record keeper. His job drove him to pursue a career in journalism.  In 1867, he embarked on his career as a journalist. He became a correspondent for the New York Herald. In 1869, he was assigned by his employer, Gordon Bernett, on a mission to Africa to go and look for Scottish explorer and missionary David Livingstone who had been reported missing. In 1871, he travelled to Zanzibar accompanied by around two hundred porters. Their journey was not so comfortable as their endured harsh climatic conditions and diseases such as malaria. The party went to Lake Tanganyika which was David’s last known location.

In 1872, Henry Morton Stanley wrote a book titled ‘How I Found Livingstone: Travels, Adventures, and Discoveries in Central Africa.’ He later returned to Africa where he travelled throughout Central Africa. He is said to have travelled the length of the Lualaba River and followed the Congo River to the Atlantic Ocean. All these explorations he did in 1877. In 1886, he was the commander of the Emin Pasha Expedition to rescue Emin, the governor of Equatoria in Southern Sudan.

In 1883, Henry Morton Stanley was awarded the Vega Medal by the Swedish Society for Anthropology and Geography.

In 1890, Henry Morton Stanley married artist Dorothy Tennant with who he adopted a child named Denzil. He died on May 11, 1904, in London.