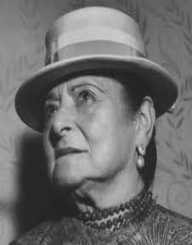 Helena Rubinstein was born on December 25, 1872, to Auguste and Horace Rubinstein. She was one of eight daughters and one son who died after birth. Her father was a shopkeeper, and her mother was the creator of her first beauty crème sold along with a chemist.

Growing up Helena Rubinstein helped her father with his bookkeeping. Due to her ability with numbers and her mind she studied medical sciences in Switzerland. Despite liking lab work she did not wish to work in the hospital setting and convinced her father to let her leave school.

He allowed her on one condition- she had to marry. She picked a man that her father disapproved of from school, and she didn’t like the man her father chose for her to marry. As a result, she moved to Australia to live with her uncle.

The year was 1902. He lived and worked a sheep farm. The sheep there gave her the lanolin. Along with the recipe that her mother used to make her beauty crème from Dr. Jacob Lykusky, she started her business by selling the beauty crème.

Helena Rubinstein began selling the beauty to the ladies of Australia. While selling the beauty crème, she ended up moving out of the uncle’s house to her accommodation. So to make ends meet she worked as a waitress and also a governess for Steve Fairbairn two sons, also in Meltham, Australia. She did it all without speaking any English.

At her waitress job, she found a man who liked her and became her money donor for her to start her first business. With that money, she created Crème Valaze. It sold out. Due to the continued demand for the product, the money was available for her to open up her shop on Collins Street.  Helena Rubinstein became the first esthetician. After that shop opening, she began selling in Sydney.

Five years later Helena Rubinstein was able to make the funds to start her store Salon de Beauté Valaze in London. She moved to London to open it. It became the first cosmetics company in the world.

The company quickly grew bigger. In 1908, her sister moved to take over the Melbourne Shop. She then proceeded to Paris to open a salon there in 1912 where her family helped her run it. She was known for nepotism as she hired her relatives to work her stores.

After 1917, Helena Rubinstein became more interested in manufacturing and distributing her product to wholesalers to sell on her behalf. As the business grew, so did her reputation, and her bank account. In 1928, she sold her American shop to the Lehman Brothers. However, after the depression, she bought back the company and once again made it a profitable business before selling it again to L’Oréal.

Her salon became known for what it offered. It not only provided a spa, but it had a restaurant and a gymnasium. You had the whole kit and caboodle of treatment for one day of spa treatment. And, you would gladly pay her and her estheticians to diagnose your skin.

Birth of a Philanthropist

Helene Rubinstein had good taste in art, and a desire to help further the education of young persons, who were following educational paths in specific fields. In 1953, Helena began the Helena Rubinstein Foundation which provided money to students in scholarships that were planning to have careers in the following areas:  health, rehabilitation, and medical research. She also included in this foundation scholarships to the American Israel Cultural Foundation which went to Israeli students.

In the year 1957, the Helena Rubinstein Travelling Art Scholarship in Australia was created. In 1959, she agreed to a £300 per year monetary amount called the Rubinstein Prize for any Australian artist who created a beautiful portrait.

During all of her various traveling and establishment of other scholarships, she also found time to found the Helena Rubinstein Pavilion of Contemporary Art in Tel Aviv. This helped cement her as a patron of the arts with good taste.

Never one to sleep on her laurels, nor stay down when she was ill, she worked long and hard hours. Helena Rubinstein died on April 1, 1965.

Helena Rubinstein stood 4 feet 10 inches but, packed quite a wallop for the women who saw her beautiful skin. This was also true in her personal life. She met and married Edward William Titus while in London in 1908. He fathered her two sons, Roy Valentine Titus and Horace Titus. After being married for many years, the two did divorce in 1938. She then met and married her second husband, Prince Archil Gourelli Tchkonia, who was younger than her.

The legacy of Helena Rubinstein

This tiny woman, Helena Rubinstein has a legacy that would probably rival many but in different ways. She left a mark on the arts and education through various funds, fellowships, prizes, and scholarships. She began a cosmetics empire with a crème that her mother commissioned so that her daughters would have beautiful skin and marry well.

She did have eight. After her death, some of her estates were sold in 1966 at the Park-Bernet Galleries in New York City. However, in 1973 the company that she bought back and brought back from extinction that was sold to Colgate Palmolive was now owned by L’Oréal. As part of their company good works or a continuation of her great actions the company of L’Oréal in connection with UNESCO awards women in science for their accomplishments. It is known as the L’Oréal-UNESCO Awards for Women in Science, also known as the Helena Rubinstein Women I Science Awards.

But, all good things must come to an end. The Helena Rubinstein Foundation was disbanded in 2011. But, her other good works continue, and her company lives on but under a different cosmetic giant name.