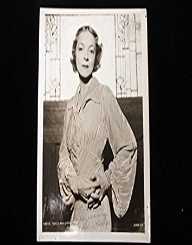 Helen Hayes was a native of Washington who was born on 10th October 1900. Helen‘s father was a salesman who dealt in pork and poultry products while her mother was an actress named Catherine Estelle Hayes. Her father was Francis Van Arnum Brown.

While she attended school at the Holy Cross Academy, she acted in the stage performance of Shakespeare’s ‘Midsummer Night’s Dream’. She was still a toddler at this time. She was also a singer in school gala events, and she was a part of the “Miss Minnie Hawke’s School of Dance.” Her primary school years played out at a prestigious Dominican Academy from the year 1910 up to the end of 1912.

Helen moved to the reputed ‘Sacred Heart Academy’ at eight years of age and left there in 1917 upon graduation. Her time here witnessed her signing up to play the lead role in the stage performance of “Old Dutch,” which held at the well-known‘Herald Square Theater’. She also starred in the Vitagraph studio recorded film, Jean and the Calico Doll in the city of Brooklyn. She again was at Empire Theater by 1914 for a role in ‘The Prodigal Husband,’ which also featured John Drew.

Between the years 1920 and 1930, Helen Hayes earned the top three spot mention along with Katharine Cornell and Lynn Fontanne. She was tagged the “First Lady of the American Theater,” and she had such grace, an elfin smile, and beauty that always captivated her audience.

Helen’s physique was easily deceptive as she stood at just 5 feet and on the weight-scale, she was only 100 pounds. Her commitment and devotion to her craft gave her such widespread professional acclaim. She displayed a remarkable versatility and ease while on stage. She was a perfect fit for a range of comic and otherwise grave roles.

Helen’s breakthrough was in 1927 when took up the lead act in Coquette. The role was woven around a terrible script, and she took it with such aplomb and remarkable panache. This catapulted Helen Hayes to the big screen as one actress who was worth celebrating and noted. In the 1931 classic, The Sin of Madelyn Claudet, she was once again at her witty best, and she attracted rave reviews for her role here. This role gave her the first Academy Award of her career.

In 1933, Helen scored more weighty roles as she played Mary of Scotland, with a tragic slant once again. She was to reprise this high-pitch role when she took on the act of Queen Victoria on the set of Victoria Regina in the year 1935.

She played her role as a youthful queen down to the old age act as the British monarch. This was a demanding role once again, but she proved she was up to the task. She reprised this role in various forms down the years as the British Queen in related films and remarkable dramas.
The Twilight Years

In her late years, Helen Hayes continued on screen till the 1970s, when she was diagnosed with an allergy to theater dust. She continued her roles and scored a second top Academy Award for her role in “Airport,” the 1970 thriller.

Helen also made some television appearances over the years with such skits in “The Love Boat,” Hawaii-Five-O and Highway to Heaven.

While her portrayal of Queen Victoria was one of her most iconic roles, her depictions on stage were also well-acclaimed.  Helen was a proven stage and top-screen act with rave reviews.

Helen Hayes has the honor of making the count of a select few who has a Tony Award, a Grammy, an Oscar and EGOT to their name. Starting out on the field as a toddler helped her longevity in this perspective and she accumulated about 80 years as a stage performer and actress.

Her Grammy Award was for the role she played with Henry Fonda for the Great American Documents on the spoken word platform. Orson Welles as well as James Earl Jones was also on the billing.

In the latter years of her life, she continued the haul of awards and special recognition for her talent and displays.

Her contributions were well-recognized on the art scene, and she scored the American National Medal of Arts in the year 1988. This was during the reign of President Ronald Reagan.

An award was also instituted in her name as “The Helen Hayes Awards,” which is awarded to great personalities spotted on vaunted Washington theatrical scene.

Further recognition came her way with the renaming of the ‘Fulton Theater’ after her. Another hospital was christened in 1974 as the ‘Helen Hayes Rehabilitation Hospital.’

Helen Hayes’ family life score includes marriage in 1926 to John Swanson. This was short-lived and ended in 1928. She married the star, Charlie MacArthur in the same year and Charlie was also a divorcee. This latter marriage gave her a daughter, Mary and she adopted a boy named James, as her son in the same light.