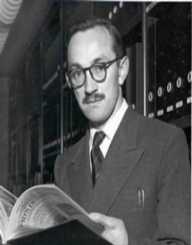 Harvey Williams Cushing was born on April 8th, 1869. He was a renowned American neurosurgeon. He was among the first individuals to instigate the idea of brain surgery. In line with this, Cushing was credited for being the first individual to describe the Cushing’s disease. He alongside Ernest Sachs were later recognized as "father of neurosurgery.”

Harvey Williams Cushing was born o April 8th, in 1869 in Cleveland, Ohio. He was the last born son of Henry Kirke Cushing and Betsey M. Williams. His father was a physician. Cushing had nine other siblings.

Growing up, Harvey Williams Cushing enrolled with Cleveland Manual Training School where he took his early classes. Apart from the influence he had from his father’s professional field, he also gained a particular interest in medicine and science from his early schooling. The school he enrolled in focused on experimental training and mainly taught students physics. This had a profound influence on Cushing’s medical surgery career.

In 1891, Cushing graduated with a Bachelor of Arts degree from Yale University. After that, he enrolled at Harvard Medical School. He graduated in 1895 with a degree in medicine. After this, he went for his internship at the Massachusetts General Hospital. This was followed by his practice in residency surgery at the Johns Hopkins Hospital under the supervision of William Stewart Halsted.

A few years later, Harvey Williams Cushing began to practice privately in Baltimore. By this time, he had already tried out cerebral surgery and was good at it. While working with Kocher, he discovered the Cushing reflex. This explained the relationship that exists between intracranial pressure and blood pressure.

When he was aged 32, Cushing gained the recognition of being an associate professor. During this time, he was working with Johns Hopkins Hospital. He was also to handle all surgery cases relating to the central nervous system. Owing to his experience and nationwide recognition he was chosen by the Peter Bent Brigham Hospital to serve as its surgeon-in-chief. This occurred in 1911. The following year, he worked at Harvard Medical School as the surgery professor. In 1914, he earned himself a spot at the American Academy of Arts and Sciences.

Harvey Williams Cushing also served during the World War I. He was appointed a U.S. Army Medical Corps’s major at the onset of First World War. He also went ahead and directed the United States base hospital which was linked to the British Expeditionary Force situated in France. Years later, in mid-1918, Cushing earned his promotion to a lieutenant colonel. A few months later, he was further promoted to a colonel in October the same year.

On June 10th, 1902, Harvey Williams Cushing wedded Katherine Stone Crowell, his childhood sweetheart. The two were blessed with five children in their marriage. Historical facts document that Cushing was particularly interested in fishing as his hobby.

Harvey Williams Cushing passed away on October 7th, 1939. He was 70 years old when he died.