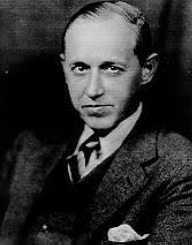 Harry Lloyd Hopkins was born 17th August 1890, to David and Anna Hopkins. He was born in Sioux City, Iowa, in the United States. Hopkins had four siblings, three brothers, and a sister. His father had various professions, including retail, but he loved bowling and settled on that as a business career.

The family regularly moved during Hopkins’s growing years, but they finally settled in Grinnell, Iowa. Hopkins studied at Grinnell College and graduated in 1912.

Harry Hopkins went into social work, taking a position at Christodora House in one of the ghettos of New York City. His next role was in 1913 at the New York Association for Improving the Condition of the Poor (AICP). He also worked in the Department of Family Welfare, also run by the AICP.

In 1915, during the recession, Hopkins and one of his colleagues organized an employment program. It was called the Bronx Park Employment Program, one of the first of its type in America. During the same year, Hopkins was invited to join the Bureau of Child Welfare as the Executive Secretary, which he accepted.

When the First World War erupted, Hopkins tried to enlist but was unsuccessful because he had a bad eye. He joined the American Red Cross instead and worked first in New Orleans, and then in Atlanta, becoming the General Manager in 1921.

In 1923, Harry Hopkins was elected as President of the American Association of Social Workers (AASW), and he also helped with their charter by drafting it.

In 1922, Hopkins returned to the AICP in New York City and became Assistant Director. He continued working very successfully with different health organizations over the next few years.

Franklin D. Roosevelt was Governor of New York in 1931. Hopkins was appointed Executive Director of the Temporary Emergency Relief Administration (TERA), and the efficiency with which he administered the millions of dollars through the agency was noticed by Roosevelt.

Roosevelt then made him President of the agency. Hopkins then met Eleanor Roosevelt through his work, and they were friends for many years, enabling him to work even more closely with different relief programs.

When Roosevelt became President in 1933, he appointed Harry Hopkins as Federal Relief Administrator in Washington. Hopkins was of the firm belief that people were better off psychologically if they worked for their relief rather than just receiving handouts.

He administered several work-relief programs, and infrastructure was built while at the same time people were made to feel more worthwhile because they worked for their relief benefits. Infrastructure included thousands of schools, roads, swimming pools, and playgrounds.

In May 1940, Harry Hopkins was invited to stay at the White House in one of the guest rooms, and while World War II was underway, Hopkins lived in the White House quarters until the end of 1943.

Harry Hopkins took on the role of Chief Emissary to Winston Churchill, on behalf of President Roosevelt. He traveled to the UK and gave support of the U.S. government to Churchill. Hopkins also administrated a program called Lend-Lease, where the U.S. government loaned food, oil, and weapons, amongst other things, to countries like France, China, and other Allied countries, to enable it to have military bases all over Allied territory.

In 1941, Hopkins traveled to the USSR to meet Joseph Stalin once the Germans had invaded. He recommended to Roosevelt that the Russians be admitted into the Lend-Lease program, and the president allowed it.

Even though his health was failing, Hopkins remained in service to Roosevelt. When Roosevelt died, Hopkins tried to resign, but President Harry S. Truman was insistent on him completing one more mission to Moscow.

In 1913, Harry Hopkins married Ethel Gross. They had three sons and then divorced in 1929. He married his second wife, Barbara Duncan in 1931, but she died in 1937. They had a daughter. His third marriage was to Louise Gill Macy in 1942.

In 1939, Harry Hopkins was diagnosed with stomach cancer. He lived until 29th January 1946, and even though several years had passed, it is believed he died from the complications of the stomach cancer.