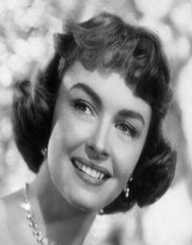 American actress and singer Harriet Nelson was born Peggy Lou Snyder on the 18 July 1909 in Des Moines, Iowa in the United States. Her parents were Roy Hilliard Snyder and Hazel McNutt. From a young age, Harriet Nelson was exposed to the entertainment industry. At three years of age she made an appearance in vaudeville and by her teens was working on Broadway.

After graduating from high school, Harriet Nelson became a member of the Corps de Ballet.

Harriet Nelson worked as a dancer, singer, comedian and actress and was working in vaudeville when she met bandleader Ozzie Nelson. Nelson employed her as a singer in the band Harriet Hilliard. During this time she was under contract to RKO Radio Pictures (1936), and she was also acting in film. After an appearance in Follow the Fleet, a Fred Astaire-Ginger Rogers musical, Nelson’s was offered more work in the film industry.