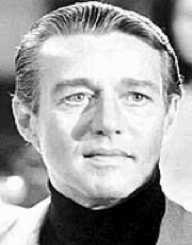 The American fashionist, Roy Halston Frowick, is known by many as Halston. He rose into fame in the 1970s with his unique, elegant dressing. He created a relaxing outgoing style for American women.

Halston was born in Des Moines, Iowa on 23rd April 1932. He was the second son of James Edward Frowick and housewife Hallie Mae. His father had Norwegian roots.

He developed a passion for sewing from his grandmother. As a young boy, he began making hats and creating unique pieces out of her mother and her sister’s clothes.

He spent five years of his life in Des Moines before his father moved to Evansville, Indiana where he stayed for the remaining part of early life.

In 1950, Halston attended Benjamin Bosse High School. He later enrolled at Indiana University before living the University to join the School of the Art Institute of Chicago.

After moving to Chicago in 1952, he enrolled at the School of the Art Institute of Chicago as a window dresser.

He went on to open his own hat business in 1953. The enterprise started well since his first customer was the celebrity comedian Fran Allison.  Some of the other celebrities he sold his hats were Kim Novak, Hedda Hopper, and Deborah Kerr.

In one occasion, The Chicago Daily News ran a story highlighting Halston’s exclusive hats. The feature proved to be Halston’s road to stardom.

He opened his first shop in Michigan Avenue in 1957. His name ‘Halston’ became his business brand name. During the same year, he moved to New York. His fame hit the sky after a design he created for Jacqueline Kennedy. She wore the hat during her husband's inauguration in 1961.

In 1969, he launched ready-to-wear line, which was the first of its kind. Most of his designs were comfortable, glamorous and straightforward.

He expanded his store to include men’s wear, bedding, handbags and luggage in 1970.

Halston won a contract by Braniff International Airways to create a new uniform for their flight attendants in an aim to change the Airways new look. Halston's creation became a hit both for the Airways employees and the media. In their confession, they claimed it was the most elegant and the most comfortable they had ever worn.

Another big contract received was to design the 1976 U.S. Olympic Team's uniforms. He also created costumes for the New York Police Department, US girl’s scouts and Avis Rent a Car System.

Halston's contract for items ranging from around $24 to $200 with J. C. Penny is considered the beginning of Halston downfall. Many felt that Halston Limited had stooped too low.

Revlon later acquired Halston Limited in 1986 and contracted Halston as their designer. The contract finally expired, and Halston was laid off from the company.

Roy Halston had a romantic relationship with Victor Hugo. Although their relationship was an on and off the two stayed together for ten years.

Halston tested positive for HIV in 1988. He was forced to move to San Francisco, where his family was located after his health deteriorated.

Roy Halston died of HIV related illnesses on 26th March 1990. Cremation was done as per his wishes.