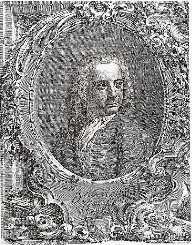 Italian painter Giovanni Antonio Canal was born on the 28 October 1697 in Venice. His father Bernardo Canal was also a theatrical scene painter, and his mother was Artemisia Barbiere. He was born into an artistic family, besides his father, his brother and nephew were also painters.

Canaletto studied in Rome and returned to his native Venice in 1719.

Initially did an apprenticeship with his father and brother. Canaletto was then studied in Rome where Giovanni Paolo Panini influenced him, and he painted views of the city and architecture. He was also trained in the art of etchings and printmaking.

His first signed work Architectural Capriccio is 1723. Canaletto became known for his landscape paintings and his use of light

In 1746, because his art was selling well in England, Canaletto moved there. The War of the Austrian Succession in 1740 had cut down the number of visitors to Venice, and this may have impacted on his decision as well.

Working in England, he focused on scenes of the capital and English country homes as well as bridges, castles, and other architecture. Some art historians believe that his work was affected by the climate and grey skies, but that did not stop Canaletto producing masterpieces including the famous Westminster Bridge (1746). He returned to Venice in 1755. In 1763 he became a member of the Venetian Academy, and he also became before the Collegio dei Pittori.

In 1763, Canaletto became a member of the Venetian Academy.