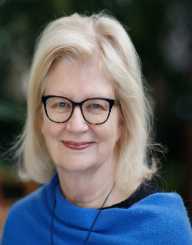 Geraldine B. Laybourne is a writer, media personality and entrepreneur most famous for the creation of children based television programs.

Geraldine Laybourne was born on the 19th May 1947. Her maiden name was Geraldine Bond. The native of New Jersey was the second child of the family. Laybourne came from a well to do family. Her grandfather was a Congressman, her father a stockbroker, while her mother was a media personality.

She went to Vassar College for her initial degree. She eventually graduated with a degree in Arts with a major in Art history in 1969. Laybourne later got her Master degree from the University of Pennsylvania in 1976. She had majored in Elementary Education.

Laybourne started off her career at MTV in 1980. She became the program manager of the children’s series Nickelodeon. Prior to the appointment, she had tried initiating a rival children television program. The venture never took off. At the time of her posting at MTV, Nickelodeon was in its infancy stages. Within the next four years, she had managed to transform the program into a marketable brand. Commercial advertisers were now lining up to have their advertisements played on the children’s channel. In essence, the brand became financially stable. In addition to Nickelodeon, Laybourne brought in other popular children series. She started with Rugrats. It was followed by The Secret World of Alex Mac. The last one was Pepper Ann. When she left, Laybourne had transformed the children’s channel into a mega empire.

In the 15 years of her stay at the channel, Laybourne rose to become the head. Her business acumen gave rise to a channel magazine and movie. To boost profitability, the channel introduced branded toys and organized outdoor activities.

Her MTV period ended in 1996. She went to Disney World. At Disney-ABC Cable Networks, she became the CEO and president. Under her direction were four individual channels. Her stay at Disney was brief following her decision to go into private practice in 1998. Suffice to it, she managed to create and popularize the company’s cartoon medley on Saturdays.

Teaming up with others, she co-founded Oxygen. This was a cable television platform which gave bias to women issues. The other partners were talk show personality Oprah Winfrey, and the company Carsey-Werner Productions. The digital platform was converted to a television station in 2001. With the popularity of the new television station growing, investors started trooping in. The financial input by the investors made it more profitable. Eventually, it attracted a bid from prospective buyers. At the fall of 2007, oxygen had been bought by NBC Universal Studios. By the time she was exiting in 2007, Oxygen had over a million household in viewership.

In her private business, she is a board member of several organizations. These are Vassar College, Betaworks, Symantec, The Internet, and Television Association, and The New York Women in Film and Television. In two companies, Laybourne sits as the chairperson. These are Defy Media, and Alloy Media and Marketing.

She got married to her husband Kit Laybourne on the 24 of June 1970. Kit Laybourne is a prolific television programs producer and director. The couple has two children, a daughter Emmy and son Sam. Emmy is an actress, while Sam is a writer.

In her own right, Geraldine Laybourne is also a producer. She has written and produced three television episode series. In 1985, she produced Turkey Television, followed by To The Contrary in 1992. The two were later joined by Wealth and Power in 2000.

Laybourne has been recognized by organizations across the US. The Time Magazine put her as the 25th most influential personalities in the US in 1996. She got the Creative Coalitions Spotlight Award, Women in Cable Award among others. In total, she has over a dozen recognition awards. Going by her life in the private world, many more are due to come.

The passion she had in school culminated into a reality in life. Laybourne studied history, art and early childhood education. All these blended well with her work at MTV and Disney. Her training, coupled with her creative mind gave rise to channels that gave children a chance to connect. As such, she was able to transform lowly rated channels into global franchises in a pretty short while.