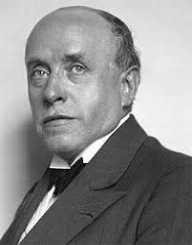 Georges-Henri Rouault was born on May 27, 1871, in the French capital Paris. He was the son of a carpenter. He grew up in Paris and inclined to fine arts. In 1885 he trained at the Paris School of Decorative Arts. He then got a job at a glass workshop. He worked at the studio from 1885 until 1890. During his apprenticeship, he exhibited artistic maturity in his work. He took his inspiration from the mosaic paintings found in the churches in Paris.

In 1891 Rouault enrolled at the School of Fine Arts in Paris. He became a promising student in the class. After the death of their art teacher in 1898, Rouault became the head of the memorial museum established in Gustave Moreau’s honor.

In the art school, Georges-Henri Rouault studied with other gifted students. He forged a lasting friendship with four of them. They were Henri Matisse, Henri Maguin, Albert Marquet and Charles Camoin. They established an arts renaissance movement called Fauvism. The campaign led by Matisse emphasized on the revolutionizing the French art culture by breaking away from the traditional painting styles.

Rouault became a revolutionist with his art. In 1891 he painted a religious piece called The Way to Calvary. Sticking to his spiritual inspiration, Rouault used the blend of glassware and lessons from Moreau to produce the masterpiece. He participated in art exhibitions from 1895 in Paris.

In 1898 he began to revolutionize his painting style and artistic expression. He fused the influence of artistic maestros like Vincent van Gogh and Paul Gauguin into his previous form. He produced an ultimate distinctive signature style. In 1905 he exhibited his work around Paris and most often at the Salon d’Automne. Unlike his fellow Fauvists, Rouault favored a more instinctive expression. He used scribbles, dominant colors, spontaneous figures, and dramatic lighting. His unique blend gave birth to a renaissance of the French artistic culture.

Georges-Henri Rouault changed his mode of painting after WW1. He left his traditional use of watercolors or the oil paintings on paper. He turned to canvass and colored ceramics or glassware. He used his religious reflection to inspire his paintings. A practicing Roman Catholic, Rouault made friends with religious intellectuals. He started visiting the court proceedings for inspiration to check how the society had moved away from God.

From the courts, Rouault got inspired to paint about the vices he saw and heard. He painted about prostitutes, common criminals, and inhumane judges. He started working more on oil based paintings. In 1914 he turned to thicker strokes of the brush. His paintings became more elaborate than previous ones. He also used cognitive black lines reminiscent of the colored glassworks.

Georges-Henri Rouault produced the painting titled Passion of Christ in the early 1930s. He portrayed the Biblical mocking of Christ by the Roman soldiers before his crucifixion. Other notable paintings he did are the Holy Face, an expression of the face of Christ. He painted Christ and the High Priest, an illustration of Christ in front of Kepha who was the Jewish high Priest then. He recycled his earlier paintings like The Old King.

Rouault did deviate from the paintings for a while in the late 1930a. He started engraving on glass and other materials. He also did stage and theatrical costumes for play performers.

In 1947 Georges-Henri Rouault went to court and won a case against the family of art dealer Vollard. He got back the art pieces he had given Vollard for sale. Rouault managed to secure the right of artists over their works in the custody of merchants.

In an unprecedented action, he burned 315 canvas pieces of his unfinished artwork in Paris. He feared he would die before completion of the assignment.

Georges-Henri Rouault was unwelcomed for a period in France due to his artistic style. He transformed the French art world through Expressionism theory. Expressionism was a culture of depicting an idea on canvas without necessarily conforming to the traditional rules. He brought in an approach that took time to settle in the French culture.

He fantasized with his religious expression aggrieving many in public. He expressed the sinful nature of society as his sacred duty.

Georges-Henri Rouault died on February 13, 1958, in Paris. Despite his slow acceptance, Rouault is considered one of the pioneers of French art renaissance in the modern era. Most art students in France study his style about Fauvism and the Renaissance.