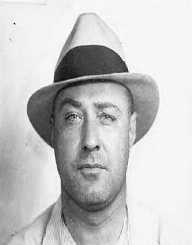 George Kelly was a European man. The courts convicted him for the murder of Liverpool Cameo Cinema manager. This event took place in the year 1949 on the 19th of March. The government then hanged for the killings after a lengthy trial period. The murder of the two men Leonard Thomas and John Catterall was so brutal. Therefore, during the investigation stage, the police interviewed over 70, 000 people. However, there was little evidence to none that the police could find against Kelly. So, the authorities took in George Kelly and Charles Connolly as the main suspects.

Also, they claimed that the two suspects were co-conspirators in the murders. The court trial then began hence becoming of the most extensive court trial ever in England. Later at the conviction stage, Connolly went to jail for ten years. However, Kelly was not so lucky. The court sentenced him to hang till death. This was on the March 28th of, 1950. After more 50 years and proper investigations, the authorities found that Georg was innocent. So, they had hanged the wrong man for the two murders.

However, there was a time when new evidence came up, but they did not use it in court. Donald Johnson, the real killer, had been imprisoned on another charge. During his time in prison, he admittedly confessed to one of the warders of the murders in question.

At some point, Leonard alongside his deputy was in the cinema counting the money that they had mad that day. Suddenly out of nowhere, a figure appeared and demanded that they give him the ward of cash that they had. However, the two men were not willing to cooperate. So, the assailant took shots at them wounding the grievously. Soon later, people saw the assailant leaving the cinema halls in a hurry. There is a belief that he made his escape through an exit door of the cinema through a fire escape.

Furthermore, the police soon launched an investigation into the murders. They spread they're net full hoping to catch anyone with real information. Besides, nobody at the cinema could identify the shooter. In the process, the police got a lead from a prostitute and her pimp. The two then fingered George Kelly and Connolly.

On the 12th of January, 1950, the two suspects stood trial. The prosecution was trying to make the case that Connolly was the lookout during the murder. Then the charged George Kelly with the actual killing. At the trial, Northam made the allegations that he was present for the planning of the heist. Also, he claimed that the two suspects were present at the time and were part of the plan. Also, Northam said that he was in the company of another man Dickson.

Furthermore, he stated that Kelly had a gun and that he saw him a load. Moreover, Kelly had borrowed one of his coats to use during the heist. The testimony of Northam sealed the fates of the two men as Dickson had also claimed that he gave Connolly a scarf that the suspect then used as a mask. However, nobody else ever came forward to corroborate their version of accounts.

Consequently, since the two also lacked alibis, no was there to dispute the theories. Another evidence came from Robert Graham who claimed to have heard to two confess of the murders. Therefore, Robert got a reduction in his sentence for the proof that he gave the prosecution.

Some people also came forward to claim that Kelly had been drinking for most of the day of the murder. Also, the people who were at the front of the cinema at the time, came forward to make statements. They said that the person who threatened them did not drink at all. The forensic evidence did not even tie Kelly to the crime scene.

Moreover, the person who shot the two had his left hand in the pocket all the time. It was to presumed he was holding his gun. However, Kelly was a right-handed man. Later, there was a lengthy trial. The authorities had to determine the two suspects involved in the murders. However, the jury did not manage to come with a verdict. So, there was an order for a retrial.

The Re-trial And Execution

At the re-trial, the court found Kelly guilty of all charges. His barristers had mounted a good defense that should have seen him set free. However, the court sentenced him to death either way. The prosecution did not give Connolly much of choice either. They forced a confession out of him at the threat of hanging alongside Kelly. Having taken the guilty plea, Connolly destroyed any chance of Kelly mounting any defense. From that point onwards, Kelly looked guilty. However, Connolly did not turn any evidence against Kelly. After being found guilty of the offense of murder, Kelly was sentenced t death by the court. Later his execution was carried out at the Walton Prison, Liverpool on 28th of March, 1950.