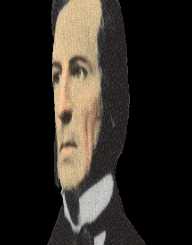 Mathematician George Boole, the originator of Boolean algebra, was born on the 2 November 1815 in Lincoln, Lincolnshire, England. His parents were Mary Ann Joyce and John Boole. Boole Sr. was a shoemaker who ran his shop, but he was also interested in making instruments and mathematics. Mary Ann Joyce was a lady’s maid. Boole had three siblings: Mary Ann, William, and Charles.

George Boole attended the local school run for children of tradesman and was taught basic mathematics by his father. As a boy he was taught Latin by a tutor and have a gift for languages, he was later able to show himself Greek, French, and German.

He did his high school years at Bainbridge’s Commercial Academy in Lincoln but did not do any further tertiary study. Instead, he became an autodidact setting himself a five-year timetable to master algebra.

George Boole joined the Heigham’s School as an assistant when he was sixteen and after his father’s business became insolvent, he supported the family on his earnings. At age 19, Boole opened his school and then in 1838; he took over Hall’s Academy in Waddington. While teaching, running the school and supporting his family, he continued with his reading, research and studying.

In 1939 George Boole began sending papers to the Cambridge Mathematical Journal. These documents contained differential equations and the algebraic problem of a linear transformation, emphasizing the concept of variance. In 1844, he won the Royal Society’s first gold medal for mathematics after showing how methods of algebra and calculus may be combined. Boole understood that the algebra he was working on could be applied to logic.

In 1847 George Boole published Mathematical Analysis of Logic, arguing that logic should be a part of mathematics. In 1849, Boole was made Professor of Mathematics at Queen’s College in County Cork, Ireland. Boole presented An Investigation into the Laws of Thought, on Which Are Founded the Mathematical Theories of Logic and Probabilities in 1854. He was made a Fellow of the Royal Society in 1857. In 1859 Boole published The Influential Treatise on Differential Equations an in 1860 Treatise on the Calculus of Finite Differences.

George Boole married Mary Everest in 1855, and the couple had five daughters.

The algebra of logic, Boolean algebra, laid the foundation for modern electronic computers and other electronic switching systems.