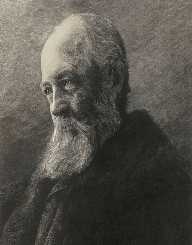 Frederick Law Olmsted was born on April 26, 1822. He was a landscape architect. He is known as the father of architecture in America. He is known his designs of the Prospect Park and Central Park in New York among others.

Frederick Law Olmsted was born on April 26, 1822, in Connecticut. He was born to Charlotte Law and John Olmsted. He was brought up alongside one brother. His mother died when he was young. In 1838, he graduated from Phillips Academy. He gave up on joining college after he went through Sumac poisoning. The poisoning affected his eyesight. He took up menial jobs to support himself. His eyesight improved, later on, so he started attending lectures at Yale University. The lectures he attended were in the fields of science and engineering.

Frederick Law Olmsted began his career as a journalist. In 1852, he published his work ‘Walks and Talks of an American Farmer in England.’ He wrote the book after he toured Europe. He was later recruited by ‘The New York Daily Times’ to a research of the slave economy in Texas and the American South. He published three volumes during his research, that is, ‘A Journey Through Texas,’ ‘A Journey in the Back Country in the Winter of 1853-4’ and ‘A Journey in the Seaboard Slave States.’ He later became friends with landscape architect Andrew Jackson Downing who introduced him to architect Calvert Vaux.

In 1858, Frederick Law Olmsted and Vaux won the Central Park design competition. In 1865, they started designing the Prospect Park located in Brooklyn. Their partnership ended in 1872. He once provided his services for the United States Sanitary Commission as their Executive Secretary. He also worked with Henry Hobson Richardson to come up with projects such as Richardson’s Commission for the Buffalo State Asylum. He designed and built several city parks in the United States. He designed the park system for Louisville and Milwaukee. He was also the chairman of the Yosemite Commission at one point in his lifetime. He was among the early leaders of the conservation movement in the United States. In 1895, he retired from his task as an architect.

In 1859, Frederick Law Olmsted married Mary Cleveland with whom he had three children. He also adopted three of Mary’s sons since he was the widow of his brother. He died on August 28, 1903, at McLean Hospital. He died at the age of eighty one.