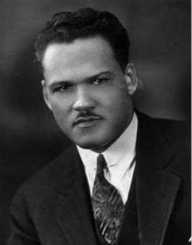 Frederick Douglass Patterson is an African American educationist and founder of the United Negro College Fund.

Frederick Douglass Patterson was born to William and Mamie Patterson on October 10, 1901, in Washington DC. His parents moved to Washington DC from Texas to escape the racial divisions in the south. William named his son in honor of Frederick Douglass, an African American legend and prominent anti-slavery crusader. His parents were educationists with college degrees from Texas. Fate turned that away in 1903 when his parents died of tuberculosis.

Patterson grew up living under his elder sister Wilhelmina Bessie. The siblings moved from one place to another as Bessie looked for work. Patterson studied in several schools as they moved about. He spent the 4th to 8th grades studying in the primary school segment of Sam Houston College. He transferred to Prairie View College boarding school. He continued his studies in the high school segment until he graduated. During the holidays, Patterson lived with Bessie who worked at the school. He did odd jobs to help his sister in paying the financial bills in the house.

He became interested in education in high school. He got a partial work-study scholarship. In the agreement, he had to work in the school’s Agriculture Division. He got exposed to the veterinary section by two veterinary doctors. Patterson loved his encounter with the animals. He decided to become a veterinarian.

He enrolled at Iowa State University to study veterinary medicine, the college his two high school mentors went through. He had a partial scholarship from the Student Army Corps. In exchange for the scholarship, he spent his holiday training with the army. Upon graduation, Patterson turned would be an army reservist. Patterson worked several odd jobs to clear the balance. Being part of a handful of black students never bothered him. In fact, he studied as the sole black student in the veterinary department. They were only six black students in the entire college. In 1923, he graduated as a veterinary doctor from college.

Patterson moved in with his brother in Ohio. He took and passed the state veterinary exam and became a certified doctor. He got a job at Virginia State University. He lectured at the veterinary faculty for three years. He returned to Iowa University and graduated with a Master’s degree. He was appointed the Director of Agriculture program at the Virginia State University. Patterson left the post after one year to join Tuskegee Institute in Alabama.

He took up the role of heading the Veterinary Department while lecturing bacteriology. He earned his Doctorate degree in 1932 from Cornell University in New York. He served for a year as the Director of the Agriculture Department. One year later, Patterson became the president of Tuskegee University.

He assumed the presidency when the college was struggling with finances. Patterson stabilized the financial books of the college after a few years. He created the Domestic Service division to cater to the nutritional and social amenities of the students. The program provided affordable lunch programs for students from poor backgrounds. He constructed concrete clay brick houses for poor students. In 1940 he introduced the George Washington Carver Foundation to cater for funding of scientific research fronted by African Americans.

As the president of the college, Patterson started the Army Air Corps at Tuskegee. The program trained African American students to become military and commercial pilots in the future. Without proper facilities, the college improvised an old cattle pasture strip and turned it into a runway. The graduates of the program were enlisted in the US military during WW2. Despite the discriminatory nature of the US military then, the Air Corps at Tuskegee graduates were commended by the US military commanders during the war. After the war, the program continued training black students, who became established pilots.

Tuskegee's rise to prominence became envied by many colleges. Patterson became the benchmarking symbol of any university’s success. He got many correspondences seeking advice on how to raise funds for running a college. In 1943, he proposed the creating of a fund that would help raise money for black students. In 1944, 27 colleges formed the United Negro College Fund. He served as the president of the fund from 1964 to 1966.

Patterson left Tuskegee in 1953. He went to head the Phelps Stokes Fund, a fund to educate African and Native Americans across the US. He left Phelps in 1970 to be the head of Robert R. Moton Institute, an institute to help black students access cheap funding.

Frederick Douglass Patterson died on April 26, 1988, in Rochelle, New York. In his life, he mirrored his namesake in the exploits he did to help bring dignity to the African Americans in the US.

In recognition for his service, President Reagan awarded Patterson the Presidential Medal of Freedom in 1987. The following year, he got the Spingarn Medal for his contribution to society. The United Negro College Fund established the Frederick D. Douglass Research Institute in 1996. The institute will cater to the promotion of black students’ empowerment in the US market.