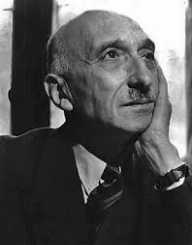 Francois Mauriac was a French poet, author, and journalist, known for exploring religious and political themes.

Francois Mauriac was born as François Charles Mauriac on October 11, 1885, in Bordeaux, Southern France. He was raised by his mother after his father died during his early months. His mother sent him to strict Catholic schools. He graduated from the University of Bordeaux in 1905. He enrolled at a campus college of PSL Research University in Paris.

Francois Mauriac left the Ecole des Chartes in 1906 to start his writing career. In 1909 he published his first collection of poems. The volume of poems was titled Joined Hands. He turned to novels soon after the poem publication. In 1913 he released his first novel titled Young Man in Chains. The following year, he published his second book The Stuff of Youth. Mauriac joined the French army during WW1. He was discharged after the end of the war in 1917.

In 1922 he wrote the novel The Kiss to the Leper. Mauriac was gradually exiting the fiction writing world to the romantic realm. In 1923 he released the book titled Genitrix. He then published a novel The Desert of Love, in 1925. In 1927, Mauriac wrote his fourth novel, Therese. He narrates the agony of a woman who tried to kill her husband due to domestic strife.

Francois Mauriac got a religious awakening in 1928. He realized that human nature seeks love from material possessions. Mauriac discovered that true love comes from God. He stopped painting a positive picture on the sinful nature of human beings; instead, he concentrated in exposing the vices of the society.

In 1932, he published his first novel after his awakening. In the novel Vipers’ Tangle, Mauriac expressed the life of a lawyer striving to attain love and satisfaction through money. The lawyer gives up and turns to god for his inner peace. The following year, he joined the French Academy for Arts. He continued exploring the religious themes in his future novels. He wrote several other books like the 1933 novel the Frontenac Mystery, the Unknown Sea published in 1939, A Woman of the Pharisees in 1941, and the Living Bread in 1955.

In reply to his detractors, Francois Mauriac wrote several novels to dismiss their unfounded claims. He handled the task of exposing the sins of society without being bias. In 1933 he published his novel The Novelist and His Characters.

On stage and television play adaptations, Mauriac wrote his first play in 1938. He wrote the 1937 production Asmodee. He wrote another play in 1945 titled The Poorly Loved.

Apart from poems and novels, Francois Mauriac wrote his journals from 1934 to 1951. He also compiled his memoirs from 1959 to 1967. He used his diaries to express his feelings against dictatorship in Europe. He also condemned the Fascist and Nazi regimes in Spain, Italy, and Spain.

Under the Nazi occupation, Mauriac joined other French writers in the French resistance to the Nazi. He led political discussions, wrote nationalist journals, and encouraged patriotism on the face of the Nazi. He gained fame after the fall of the Germans in WW2. In 1964 he wrote a novel about the French President Charles de Gaulle. In the book titled De Gaulle, Mauriac explores the journey of the French political hero and the birth of the modern French Republic.

After the end of WW2, Francois Mauriac became an activist condemning the evils of colonialism. He opposed the French colonial policies in Africa and the Indochinese territories. He led a series of protests against the French crackdown of the Algerian revolts in the Algerian war of independence.

He opposed the political and legal pacification of the French Nazi collaborators in France. He preferred reconciliation for national unity. A firm believer in Catholicism, he bitterly fought the publication of Roger Peyrefitte’s works in the French daily L’Express. Peyrefitte had opposed the doctrine of The Vatican in some of his books.

In 1952 Francois Mauriac received the Alfred Nobel Prize for Literature in Norway. He got the Grand Cross of the Legion of Honor from the French government in 1958.

Francois Mauriac married Jeanne Lafon on June 6, 1913. He fathered four children with her. He stayed with his wife until he died.

Francois Mauriac died in the French capital of Paris on September 1, 1970. In his career, he dissected the immoral issues of the society in light with the Christian divinity. He set his novels within French society and gave his characters the roles lost souls searching for redemption.