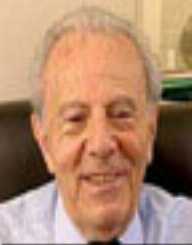 François Jacob was born on June 17th, in 1920 in Nancy, France. He was famous for being a French biologist. While partnering with Jacques Monod, they came up with the notion that enzyme control in all cells is achieved through effective regulation of transcription. Jacob is a Nobel Prize winner in Medicine. He shared the same award in 1965 with André Lwoff and Jacques Monod.

François Jacob was born on June 17th, in 1920. He was the only child of Thérèse Jacob and Simon. Growing up, Jacob was considered to be a highly inquisitive child. He learned to read when he was still young. At this time, his role model was his grandfather named Albert Franck. He was a four-star general. Jacob took his early education at Lycée Carnot.

With a goal of becoming a future surgeon, Jacob enrolled with the Faculty of Paris where he studied medicine. Unfortunately, his studies were cut short with the onset of Second World War as the German troops invaded France. During this time, Jacob had only finished his second year in studying medicine. Around the same time when Germany invaded France, his mother passed away.

Soon, Jacob recovered as was back studying medicine. He initiated his research on tyrothricin which paved the way for an in-depth knowledge of bacteriology. In 1947, Jacob was recognized as a medical doctor.

In 1950, Jacob enrolled with Pasteur Institute as a research assistant under the guidance of Dr. André Lwoff. Later, in 1951, he earned his science degree. Jacob’s interest in pursuing his further education gave him a huge boost in obtaining his Ph.D. just three years later. He earned this degree from the University of Paris.

During the same year of his graduation, he partnered with Elie Wollman, a French microbial geneticist, where they investigated the relationship between bacterial genetics and prophage. In 1956, Jacob was given the post of a Laboratory Director while he was still at the Pasteur Institute. Four years later, in 1960, he took over as the head of the

The following year, Jacob worked with Jacques Monod in investigating the mechanics behind genetic data transfer as well as the controlling nature of a bacterial cell which work to regulate the synthesis of macromolecules.

Years later, in 1965, Jacob became a professor at the highly prestigious institution called Collège de France. He also joined the American Academy of Arts and Sciences during the same year. Throughout his science-related career, Jacob was offered with honorary degrees from several universities.

François Jacob’s contribution to the science field was worth appreciating and in 1965, he was bestowed with a Nobel Prize in Medicine. He shared this award with his fellow scientists such as Andre Lwoff and Jacques Monod.

In 1947, Jacob wedded Lise Bloch, a pianist. The two welcomed four children in their relationship. Sadly, his wife passed away in 1983. In 1999, Jacob tied the knot for the second time to Geneviève Barrier.

François Jacob died on April 19th, 2013 in Paris. He passed on at an old age of 92 years. He left behind his second wife Barrier alongside his three sons and one daughter.