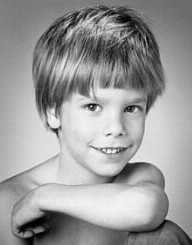 He was a 6-year-old schoolboy who disappeared in the morning while waiting for his school bus. His disappearance caused a major unsuccessful search by the local community.

Etan Patz was born on October 9, 1972, in Manhattan, New York. He was the son of Stanley and Julie Patz. He joined an elementary school in the middle of 1978. On May 25, 1979, he left the house walking to the bus stop for the school bus, two apartment blocks away. He never reached his school. His teacher noticed his absence and never raised an alarm or informed the principal. In the evening, Patz never returned to his parents. His mother called the school, Patz was never in school during the day. He had disappeared.

Julie reported the disappearance to the police. The police profiled the parents as the first suspects. They later absolved the parents of any involvement in the case. The police initiated a massive search and rescue operation to find the missing boy. The community helped the police in the search rescue. Patz’ photo was imprinted on milk cartons, missing posters, and placards. The portraits were projected on multiple buildings in New York. The search yielded no results.

On May 25, 1983, the community of Manhattan commemorated the fourth anniversary of his disappearance. US President Ronald Reagan in solidarity with the community designated the date as the National Missing Children’s Day. The American day became an international event to highlight the plight of missing children.

The police tracked and opened a prosecution file against a profiled child offender Jose Antonio Ramos in 1985. Ramos knew Stanley and Julie through their babysitter in 1982. During his trial in 1982, young boys testified against Ramos of trying to kidnap them. At the time of the Schoolboy’s disappearance, Ramos was a free man living in the neighborhood, after being in Pennsylvanian police custody for child molestation charges.

Based on his history and timing of the incident, Ramos became the prime suspect on the police list. In 1990, the New York prosecutor enlisted the Pennsylvania authorities for help in the case. In his confession, Ramos admitted that on the mentioned day, he kidnapped a minor to his apartment. He identified the missing boy as his rape victim. He narrated how he dumped the body on an underground subway.

After years in custody, the prosecution failed to prove the confession. The police failed to link Ramos to the disappearance of Patz. The body of Patz was never found. Ramos was released from police custody.

Stanley and Julie petitioned the court to declare Etan Patz dead in absentia. Etan Patz was declared dead by the court in 2001. In 2004 the Patz family sued Ramos and was awarded USD 2 million in civil damages.

In April 2012, the FBI reopened the Ramos case hoping to find new evidence. They dug through an apartment basement which was being constructed when Patz disappeared. The police reclosed the case after they failed to find any evidence.

In May 2012, the New York police got a confession from a man called Pedro Hernandez. He confessed to killing Patz and dumping the body in the nearby garbage heap. The police lacked conclusive evidence to prosecute Hernandez. Nina, Hernandez’ sister and Jose Lopez, Hernandez’ brother in law confirmed the confession. They said Hernandez confessed to their local church and the family of killing the schoolboy.

On November 14, 2012, Pedro Hernandez was found culpable of the crime. He was arraigned in court on December 12, 2012. He pleaded not guilty to first-degree kidnapping and second-degree murder charges. A lengthy courtroom battle ensued between the prosecution and the defense team. The defense team argued that Hernandez was bordering insanity thus not fit to stand trial. The insanity plea was dismissed. In 2012, the defense argued the validity of the confession in court since Hernandez had not known his rights as a suspect. The admissibility of the confession delayed the case.

The trial began on October 19, 2016. The jury deliberated on the presented arguments in court. On February 14, 2017, Pedro Hernandez was convicted of the two charges. On April 18, 2017, he was sentenced to a jail term of 25 to life imprisonment with a possibility of parole after 25 years.

The Patz family entered a plea in court to reverse the court verdict against Jose Ramos on Etan Patz. Stanley and his wife Julie never collected the millions awarded to them by the court. They were convinced of Ramos’ innocence and the Hernandez verdict.

The case of Etan Patz was extensively covered by the media. It helped highlight the cases of millions of missing children across the world. Parents became more cautious of their children walking to school and playing in the neighborhood. Schools in the US started promoting safety awareness to the student population on how to deal with strangers.

The International Center for Missing children& Exploited Children evolved to create awareness on the concern of missing children. It coordinates activities in the US and across 22 countries in the world.