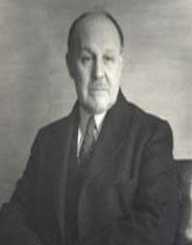 Ernest Lawson was born on March 22nd, in 1873. He was a well-known painter. He is also best remembered for being a part of The Eight. This was a group of artists that had come together in 1908 to dissent against restrictions coming from the National Academy of Design. Lawson’s style of painting was greatly influenced by renowned artists such as Alfred Sisley, J. Alden Weir, and John Henry Twachtman.

Ernest Lawson was born on March 22nd, in 1873. His place of birth was in Halifax, Nova Scotia. He moved to the United States at the age of 15. He opted to reside in Kansas City. Later, in 1891, he joined the Art Students League in New York. Here, he was under the tutelage of John Twachtman.

Twachtman greatly influenced his early works as he was the one that familiarized him to impressionism. In 1893, he moved to France and joined Académie Julian.

Here, he crossed paths with celebrated French painters such as Jean-Paul Laurens and Jean-Joseph Benjamin-Constant. He also went to Moret-sur-Loing in southern France where he became friends with Alfred Sisley, an English Impressionist.

Soon, Ernest Lawson made his return home to the U.S in 1896. During this time, he was mature enough to develop his style of painting. Often, William Glackens and Robert Henri encouraged him. Aside from these two artists, other artists saw Lawson’s work and inspired him.

In 1898, he began focusing more on some subjects including the Harlem River, Fort Tyron Park, Spuyten Duyvil among other topics.