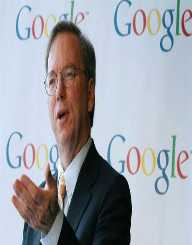 Eric Schmidt was born on April 27, 1955, in Washington, District of Columbia, USA. His parents are Eleanor and Wilson Schmidt. He also has two brothers.

After graduating from Yorktown High School in 1992,  Eric Schmidt enrolled in Princeton University. He graduated from the same school in 1976 with a bachelor’s degree in electrical engineering. After graduating from Princeton, Schmidt decided he wanted to continue his education and enrolled in the University of California, Berkeley. There, he studied computers and earned his master’s degree in 1979, but that wasn’t the end of his education. He continued at Berkeley to earn his doctorate, an accomplishment which he made in 1982.

Eric Schmidt’s first career out of college was working with Bell Labs. There, he rewrote and fixed bugged computer programs. Eric Schmidt did not stay at the job for long, as he began working with Sun Microsystems in 1983. While there, he worked as a software manager. Throughout the 1980’s and early 1990’s, he worked his way up the company ladder, becoming a manager and then the vice president of the company. In the late 1990’s, he proved his worth and was promoted to CEO of the company. In the same decade, he was also made a chairman of the Novell board.

Eric Schmidt is possibly most famous for working as the CEO of Google. Throughout the late 1990’s and the early part of 2000, his reputation was on the rise, and he caught the eye of some of the big shots at Google. At the time the company was still relatively new (Google was founded in 1998) and the company was looking to hire someone with great business experience. In 2001, he was interviewed by Google. Later that same year, he became the CEO of the company. He kept this position until 2011. In the same year, he continued to work with Google as an executive chairman.

In 2015, a new company, Alphabet Inc., a company which worked closely with Google, was created. When the company was founded, Eric Schmidt became an executive chairman for the company. As of 2017, he still holds this position.

The Schmidt Family Foundation was founded in 2006. The foundation donates to several different causes. Two of its most common causes involved education and the environment. This foundation gives out grants to colleges as well. The foundation is also known for its many 11th Hour projects.

Eric Schmidt and his wife, Wendy Schmidt, give money for a scholarship at Princeton University called the Schmidt Transformative Technology Fund. The family also donates to another college fun at the University of California, Berkeley. This fun is for Journalism students who write about the environment.

The Schmidt Ocean Institute works to fight the negative effects of pollution in the oceans. The group also studies ocean life. Related, the Schmidt family founded the Wendy Schmidt Oil Cleanup X Challenge to clean up after oil spills.

While working for Google, Eric Schmidt was often in charge of donating money. In his time at Google, he helped to organize the donation of millions of dollars.

In 2014, Eric Schmidt coauthored a book with Jonathan Rosenberg about his experience working at Google in their book, How Google Works.

He also coauthored another book called The New Digital Age: Reshaping the Future of People, Nations, and Business. Jared Cohen was the other author of this book.

In 2007, Eric Schmidt was inducted into the American Academy of Arts and Sciences.

When Barack Obama was President of the United States, Eric Schmidt was made a member of the President’s Council of Advisors on Science and Technology.

Eric Schmidt is married to Wendy neé Boyl. They have two daughters together: Alison and Sophie. Sadly, the couple separated in 2011; however, they are not yet divorced. Eric Schmidt is well-known for cheating on his wife, and it is not likely they will get back together.