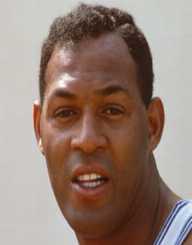 Considered as one of Basketball’s all-time great, American Basketball player, coach and executive Elgin Gay Baylor was born on September 16, 1934, in Washington, District of Columbia, United States of America. Following the footsteps of his two basketball player brothers, Elgin began playing the game early in his life. While attending the Phelps Vocational High School, he regularly played for the school basketball team in the 1951 and 1952 basketball seasons. He temporarily abandoned his study and dropped out of school during 1952-53 due to his poor academic performance and went on to work for a furniture store. He continued playing basketball in the local recreational leagues.

In 1954, Elgin Baylor resumed his study after enrolling at the recently started Spingarn High School. He played the 1954 season appearing for his latest school and was awarded the SSA's Livingstone Trophy as the Area's Best Basketball player. His poor academic record once again haunted him when he sought admission in a college. After being rejected by most of the colleges where he tried to enroll himself, he could finally manage his entry at the College of Idaho with a scholarship after one of his friends helped and made arrangements for the same. However, the college authorities made the scholarship inadequate after just one season. He sat out a full year to gain eligibility to enter the Seattle University and played for the Westside Ford’s Amateur Athletic Union team during the waiting period.

Elgin Baylor with his 6 feet 5 inches tall imposing frame and a muscular and athletic physique was destined to change the game of basketball. His two years stint with the Seattle University where he was suddenly included in the team scheduled to play the NCAA Championship games. His subsequent heroics in helping the team to the finals of the National Collegiate Athletic Association (NCAA) championship final in 1958 drew the attention of the NBA scouts who were out to hunt the hidden talents across the country.

Elgin Baylor's 14-year-long professional career was interrupted during the 1961-62 season when as a United States Army Reservist he was asked to join on to active duty and couldn’t play barring weekends. He was ironically named as one of the greatest NBA players who failed to win a single NBA Championship during his playing days. Every time Lakers advanced to the NBA final, their optimistic bid to win the championship was thwarted by its bitter rival Boston Celtics. He retired during the mid-1971-72 season due to some persistent knee problem and when finally Lakers went on to win the NBA championship in that very season; in a cruel twist of fate, Elgin was not in the playing team.

Elgin Baylor began his coaching career within a short while after his retirement as an active player. He was soon elevated to the post of head coach after being hired as assistant coach for the New Orleans Jazz in 1974. He left the job after the conclusion of 1978-79 seasons without much success. Subsequently, he was appointed as the Vice President of basketball operations by Los Angeles Clippers. He served the post for 22 long years and resigned in October 2008 at the age of 74. In 2006, he was declared as the NBA Executive of the Year.

Elgin Baylor married Ruby Saunder on June 22, 1958. They together have two children. They divorced during the year 1974. He was inducted into the Naismith Memorial Basketball Hall of Fame in 1977 and was an elected member of the All-NBA First Team 10 times out of his 14 seasons of playing days.