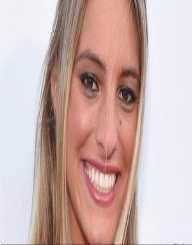 Eleonora Pons is a sensational internet personality, and actress from the United States and Venezuela, and is mostly known for her vine videos. As for a result of her video posts on Vine, Eleonora has become a celebrity in the real world. Eleonora Pons has gained over eight billion loops in the vine and is currently the most looped and followed female personality on the platform. Most of Eleanor's videos are based on physical and relatable jokes, and her friends family or classmates are often featured.

Eleonora Pons is highly influential on the vine, and is attributed to creating the expression `Do it for the vine.’ Apart from her interesting videos, Pons has co-authored with a New York Times bestselling writer Melissa de la Cruz to write the book `Surviving High school.’

Eleonora `Lele’ Pons was born on 25th June 1996, in Caracas, Venezuela. However, her family relocated to the United States when she was only five, and she was brought up there. Eleonora's parents are Luis Pons and Anna Maronese. Luis works are an architect while Maronese is a doctor. Eleonora Pons went to schools at Miami Country day school but moved to Miami as a result of her rise to fame on the vine.

Eleonora Pons has defied all the challenges or setbacks to stand out and become a famous personality in the actual world. Pons was introduced to vine by one of her best friends when she was around 15. As she started creating and posting funny videos, many liked them, the likes of Viner Jereme Jarre who encouraged her to post more videos. At the time, Pons perceived Vine as a platform to help her explore and nurture her creative side.

Over time Eleonora Pons improved her versatility and fitness and became one of the most regular and prominent vine users. Eleonora gained many followers day by day and in next to no time, she set a record of being the only user with over a billion loops on the platform. By June 2016, Pons had gained over 11 million followers, and about 8.5 million loops, becoming the most looped person on the vine and most followed female star. Also, Eleonora came up with the trending slogan `Do it for the Vine.’ Eleonora Pons has been nominated for various awards and was part of the Aol.com list, which comprised of the top 10 most amusing Latino viners. At only twenty-one, the sky was the limit for Eleonora Pons

Although the world knows Pons as a Viner, she is a very multitalented girl. Pons is a great ace writer and has co-authored with a New York Times bestselling writer Melissa de la Cruz to write the book `Surviving High school.’ The book detailed Eleonora Pons's personal life in high school, where she encountered difficulties like bullying and was criticized for her accent and nose.

Eleonora Pons is also a philanthropist, and at one point, she was invited to the white house to support the former first lady Mitchell Obama’s campaign on promoting college education for the disadvantaged in the society. At some point, it was alleged that she is dating Twan Kuyper, who is also famous Viner.