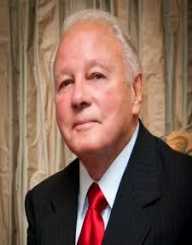 Edwin Edwards was born on August 7th, in 1927. He is famous for being an American politician that sat in the office of U.S. Representative to stand for Louisiana’s 7th, congressional district.

This is a post that he took over from 1965 and offered his services until 1972. Similarly, he served as Louisiana’s 50th governor from 1972 for four terms.

Edwin Washington Edwards was born on August 7th, in 1927. His place of birth was in Avoyelles Parish in the United States. He was the son of Clarence Edwards and Agnès Brouillette. Growing up, Edwards had a keen interest in becoming a preacher. As a result, he briefly served as a preacher preaching at the Church of Nazarene.

When World War II was about to come to an end, he served in the U.S. Navy. Upon returning from the army, he went and studied at the Louisiana State University Law Center. After that, he began practicing law.

After entering politics in 1954, Edwin Edwards managed to win the electoral bid for the office of governor during the elections held in 1971. He had defeated other seventeen candidates that were running under the Democratic primary.

After winning in the general elections, he was sworn into office on May 9th, 1972. Due to his charisma and colorful personality, Edwards was able to serve for two consecutive terms until 1980.

After completing his second term as Louisiana’s governor in 1980, the constitution prevented him from running for office immediately after his second term. As a result, Edwards opted out of politics in 1980. Nonetheless, he had publicly announced that he would be running for the same post in 1983.

To ensure that his 1983 bid for governor was successful, Edwards embarked on a strategy that would leave people considering him as the governor in waiting. He not only raised money for the course, but he also toured different states. In 1984, he took over as the governor for his third term in office.

Edwin Edwards, last term as the governor of Louisiana, began in 1992 and ended in 1996.

In 1949, Edwin Edwards tied the knot to Elaine Schwartzenburg. The two had crossed paths in Marksville High School. Together, they welcomed four children in their marriage. After that, Edwards wedded Candy Picou in 1994. His third marriage was to Trina Grimes. The two married in July 2011.