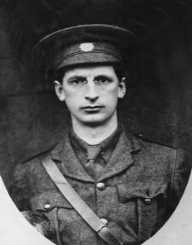 Eamon De Valera was christened Edward George de Valera at birth. Eamon was born in New York on the 14th day of October 1882 to an Irish mother and a father of Spanish descent. He moved in with relatives in Limerick in native Ireland when he turned two years old.

Eamon De Valera became a teacher of Rockwell College in Tipperary County in the year 1903, but he went for further studies at Royal University of Ireland. He after that took up teaching in the year 1906 at the Blackrock-based Carysfort Teachers' Training College for women. Eamon De Valera wore the garb of an Irish patriot with pride and actively joined the push for the political revolution in the year 1913. He was in the foreground of Home Rule for Ireland vanguard known as Irish Volunteers. The agitations for Irish self-rule reached a head in the year 1916 when Eamon led the anti-British forces to occupy Boland’s Mill in what is now known as Easter Rising in Dublin.

After a week of holding out, the anti-British forces surrendered and were executed, but Eamon was left alive because of his American citizenship. He went for a prison term as a result of this clause.

Eamon De Valera enrolled as a member of the Sinn Féin in the year 1916 and became its leader in 1917 after the British executed several of the party’s leaders. In 1918, Eamon was released, and he became the party’s flag bearer at the polls. The results were favorable to the party, but it refused to seat at Westminster. The Dail Eireann was established as an independent parliament for the Irish nation with Eamon as the parliamentary president. The novel steps taken by Eamon De Valera to actualize Irish independence included a disguised trip to the U.S during which he raised USD 5.5 million. It is documented that he spent more than eighteen months on his fund-raising drive. This amount was plowed into the fight for Irish Independence.

The following years after 1918 were such that became a period of an armed rebellion by the IRA against the British Forces. The guerilla warfare only ended after a two years period with a truce reached with the British. The dialogue was one that Eamon decided not to be a part of, and Michael Collins led the Irish dialogue team instead. However, Eamon again was against the truce as it was intended to partition Ireland into two nations. When it was put to a parliamentary vote, the treaty was passed by the Irish parliament. This led to Eamon’s resignation as leader of the parliament, and he went back to the trenches to begin a civil war, which ended in Michael’ Collins’ death.

Eamon De Valera is one person who means different things to different people. His propagation of the civil war was one dent that a bloc holds on to in Ireland. While others have called for a dispassionate review of the events of the time, the issues remain an incendiary knot. It is however not in doubt that Eamon De Valera remains the founding father of modern Ireland even if the younger generation found it hard to come to grips with. The inability of Ireland to become a pre-eminent modern nation is one that is attributed to the failures of Eamon. Like all greats in the scroll of history, the sum of all views cannot be found aggregating in the same unanimity.

Eamon De Valera is viewed as the most divisive force in the 20th-century history of the Irish nation. In reviewing the more than hundred years since the independence of his country, Eamon is cast in an unpopular garb. His unpopularity is one that is an enduring legacy.

When viewed across the shores of the English Channel, Eamon De Valera is detested for his avowed personification of Irish nationalism. The same views can be likened to the views of Charles De Gaulle on French Identity in British history books. The Catholic slant of the Irish stood against the mainstream protestant underbelly of the English monarchy.

Just as the Portuguese and Spaniards remained inherently Catholic, the Irish slant was never one that the British accommodated without a fight. In the histories of men, nations, and race, the failure to achieve a common aim often becomes a bitter taste in the mouth. For the Brits, Eamon personifies the sour taste.

Eamon De Valera was the Prime Minister of Ireland for a total of 16 years, and though he tried to sever his nation from British linkages, he was not successful. His ascendancy to political heights was in league with the Labor Party. The 1937 constitution of Ireland was what ushered in a democratic reign for the Irish nation.Eamon De Valera kept his nation non-aligned during the WW2 saga and was defeated in the 1948 polls. His party, however, picked up the reins of power in 1951, and he was back to the helm till 1954.

Eamon De Valera stood for elections again in 1959 after ending a run in 1957. He remained on the saddle till he won his last election in 1966. He had a reputation abroad and became the first leader of the Irish nation to address the U.S.Congress in June 1964.

Eamon De Valera was largely respected outside the British confines overseas, and at the age of 90, he resigned from active politics. Eamon lived on for another two years before he died in 1975.