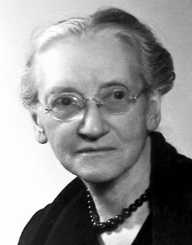 Alva Myrdal was a political, sociologist and diplomat from Sweden. She was always relentless in bringing change to her country’s social welfare system and promotion of world peace. She is best remembered for winning the Nobel Peace prize in 1982, as a result of her campaign for world disarmament. During the second part of the twentieth century, Myrdal helped to achieve disarming and stoppage of propagation of nuclear weapons. She was a member of Social Democrat party, whereby she always advocated for better conditions for the working class. During the whole of her Career, Myrdal was a symbol of peace and worked creation of a better society.

Alva Myrdal was born on 31st January 1902 in Upsala, Sweden. His parents were Albert Reimer and Larsson Reimer. Albert worked as a socialist, modern liberal and a building contractor, and was able to sustain a relatively well-off life for the family. Myrdal always admired and looked up to him.  She had a relatively rough relationship with her mother but loved and respected her despite that.  Alva had four siblings namely; Folke, Ruth, Stig, and May. From her early days, she was bright and saw the need to contribute to the betterment of the society around him in various ways.

She was brought up in various regions, as a result of frequent relocations by the family. After her early education, she later joined the University of Stockholm where she graduated in 1924 with a degree in `Scandinavian languages and literature and the history of religion.’ In 1929, she pursued further studies by joining the experimental schools in the United States. She got back to Sweden in 1930 whereby she joined the University of Geneva. However, she did not complete her studies there but transferred her credits to the University of Uppsala whereby she completed the studies and later graduated with a master’s degree in Social Psychology.

In 1943, Alva Myrdal became a member of the Social Democrat party. The job of the committee was to plan a post-war program. During the same year, she was selected to the ‘Government commission on international Post-war Aid and Reconstruction.’ Myrdal helped start `The social pedagogical institute’ which was a preschool teacher’s college. She then began working at the institution as its director, a position she held until 1948.

In 1949, Myrdal then began working as the principal director with the United Nations, specifically in the social welfare department. The following year, she started working with UNESCO as a chairperson in the `Department of social science.’ Myrdal career was very proficient and promising at the time. In 1955, she was appointed as the ambassador, representing her country in India. She held the position until 1961, whereby she was selected as the special disarmament adviser, working with the Swedish foreign minister.

In 1962, Alva Myrdal won the election and became a social democrat to the Swedish parliament. She was posted to Geneva, where she worked as the leader of the Swedish delegation, during the disarmament conference in Geneva. Myrdal won the 1966 elections and became the `Consultative cabinet minister.’ She served in this position until 1973.

After retirement Alva became  a lecturer and taught sociology in many schools. She later took part in research work, i.e. `Stockholm international Peace research.‘ Also, Myrdal published a lot of non-fictional books based on her life and career experiences.

- Alva Myrdal was the recipient of `West German Peace Prize’ together with her husband Gunnar Myrdal in 1970.
- She was awarded the `Albert Einstein peace prize’ and the `Jawaharlal Nehru Award for International Understanding,’ in 1980 and 1981 respectively.
- She won the `Nobel prize for peace’ together with Alfonso Garcia Robles in 1982.

Alva Myrdal got married to Gunnar Myrdal in 1924. Gunnar was a professional economist and sociologist. Together, they had three children, namely; Kaj Folster, Jan Myrdal, and Sissela Bok.

Alva Myrdal died on 1st February 1986 in Estra Sweden. She was 84 years old and  buried at the Norra Begravningsplatsen, in Stockholm, Sweden.