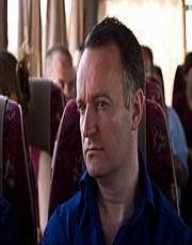 E.M Forster was an English writer and novelist who is best known for his works on British social class such as Room with a View.

E.M Forster was born on 1 January 1879 in Middlesex, England. His parents were Edward Llewelyn Forster and Alicia née Whichelo; he had Anglo-Irish and Welsh heritage. He was named Henry Morgan Forster, but his baptismal certificate was accidentally filled in as ‘Edward Morgan Forster.’ His father worked as an architect and died of tuberculosis little over a year after Forster’s birth.

In 1887, Forster inherited a large sum from his maternal grandmother. He went to school at Tonbridge in Kent. He did not enjoy his time there and would later criticise it and the wider British public school system in his writings. Upon graduation, he went to King’s College, Cambridge where he studied history, philosophy, and literature.

While there E.M Forster joined a discussion society, many of the members would go on to form the Bloomsbury Group, a close-knit group of literary figures. Forster would be a peripheral figure of the Bloomsbury group which would often meet to discuss each other’s writings and philosophy. After he completed university, Forster went traveling through Europe and also visited Egypt and India. During the First World War Forster served with the Red Cross in Egypt, as a conscientious objector he was opposed to military service.

E.M Forster had six novels published during his lifetime. Forster began work on his first book in 1904. He wrote ten chapters of what would become, Where Angels Fear to Tread, within a month of starting. The novel, about a family’s attempts to bring a widow and her infant son back from a new life in Italy, was published in 1905. His second novel, The Longest Journey, is a coming of age story about a lame man’s struggles with identity, relationships and his efforts to become a writer. A third novel, A Room With a View, was published in 1908. The novel deals with a young English woman’s efforts to escape the social constraints of Edwardian England to find love.

E.M Forster’s 1910 novel, Howard’s End, is influenced by his time with the Bloomsbury Group, two of the female characters bear a striking similarity to Virginia Woolf and her sister Vanesa. Forster’s most successful novel was Passage to India, which he wrote following a second journey to India. It was published in 1924. The novel has received critical praise and is named on some best modern novels lists. Like most of his work, it deals with relationships and social order, this time adding the dynamics of East and West to the class issue.

Maurice was published after Forster’s death and dealt with homosexuality within the English Home Counties. In addition to his novels, Forster also wrote some short stories and essays. He also wrote non-fiction accounts of his travels to India. He became a fellow at Cambridge and often gave lectures at the University. During the Second World War Forster worked as a broadcaster on the BBC and presented a literary review show weekly, he had started work on the radio during the 1930s and was awarded the Benson Medal in 1937 for his work.

E.M Forster was a homosexual, but this fact was not widely known during his life. Due to the secrecy around his sexual persuasion, he did not publish, Maurice, during his lifetime. Forster had a long time relationship with a married policeman named Bob Buckingham and even stood as godfather for one Buckingham’s children. Forster died on 7 June 1970.