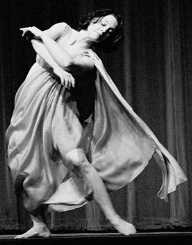 Doris Humphrey was born on October 17, 1895, in Illinois. She was born to Horace Buckingham Humphrey who was a journalist and photographer and Julia Ellen Wells who was a pianist. She showed an interest in dancing from a very young age. She attended the Francis Parker School in Chicago. Her mother recognized her dancing abilities, and so she set dancing classes for her with famous ballet masters. She learnt to dance from Mary Wood Hinman who was her inspiration. She wanted to become a professional dancer so bad, but she had financial restraints that did not allow her to achieve her career sooner.

In 1913, Doris Humphrey opened her dance school where her mother acted as the manager and pianist. She ran the school very well that it became a success. She offered training in gymnastics, classic and ballroom dance for children and youths. Mary Wood advised her to join Denishawn School of Dancing and Related Arts. In 1917, she moved to California and enrolled into the school. She studied and performed choreography at the school. She was later appointed a dancer in the company at the School. She became the company’s soloist later on. St. Denis who was one of the School’s founders influenced her as a dancer and choreographer. She began working with St. Denis. Her earliest works include ‘Soaring.’ With time she started drifting away from the principles of Denishawn as she leaned towards more self-expression. In 1925 to 1926 she toured Asia. She was later put in charge of the New York City-based Denishawn House. She worked alongside Charles Weidman.

Doris Humphrey made the ‘New Dance Trilogy’ that included ‘New Dance,’ ‘Theatre Piece’ and ‘With My Red Fires.’ The company also pioneered the concept known as ‘Modern Dance.’ In 1945, Doris retired from performing due to arthritis. She became the artistic director for the Jose Limon Dance Company. Her later works include ‘Day on Earth’ and ‘Night Spell’ among other works.

In 1987, Doris Humphrey was inducted into the National Museum of Dance’s Mr. And Mrs. Cornelius Vanderbilt Whitney Hall of Fame.

In 1932, Doris Humphrey got married to Charles Francis, who was a merchant seaman; with whom she had a son called Charles Humphrey Woodford. She died on December 29, 1958, of cancer.  She is among the most celebrated dancers and choreographers currently.