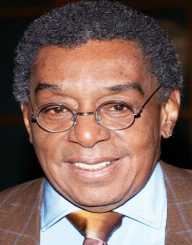 Don Cornelius was born on September 27th, in 1936. He is best remembered for the role he played as a TV host of Soul Train. He hosted the show for over two decades beginning in 1971 until 1993.

Don Cornelius was born on September 27th, in 1936. His place of birth was in Chicago’s South Side.

For his high school education, Cornelius went to DuSable High School where he late graduated in 1954. After this, he went and served at the United States Marine Corps. It is while offering his services here that he spent 18 months in Korea.

In 1967, Don Cornelius earned himself a job at the WCIU-TVstation. He began hosting a show named A Black’s View of the News. It did not take him time before coming up with Soul Train on the same TV station. His show began airing on August 17th, 1970.

Soul Train rose to become a show that was loved by many. Teens and children enjoyed the show as it was aired on Saturday morning. Owing to its popularity, Cornelius got support from George Johnson, a businessman. He aided Cornelius in ensuring that the show was broadcast nationally. Fortunately, in 1971 Soul Train was syndicated.

The popularity of Soul Train also provided an excellent platform for African American musicians to get a broader audience. This occurred after Don Cornelius featured them in his hit show. Black musicians that benefited from the exposure include Aretha Franklin, Michael Jackson, and James Brown. Besides musicians, dancers also benefited from the show.

Don Cornelius also took advantage of the popularity that his show had gained to engage in Civil Rights Movement. As a result, even after the death of Martin Luther King, he was in a position to carry on with the movement. He launched a campaign dubbed Black is Beautiful to encourage African Americans. Before establishing his show, African Americans were rarely featured on TV. Therefore, his show was unique as it not only provided opportunities to African Americans but it also gave them a place to sell their talents.

Cornelius' personality was something that was loved by many. His deep voice and his unique hairstyles gave him an identity worth recalling.

Apart from establishing and hosting Soul Train, Don Cornelius also featured in a few films such as Tapeheads -1988. He also played a part in the TV series called Unsung. He made an appearance on the show just two days before his death.

Don Cornelius passed away on February 1st, in 2012. He died as a result of a gunshot wound to his head. After investigations were done, it was realized that the gunshot was self-inflicted.