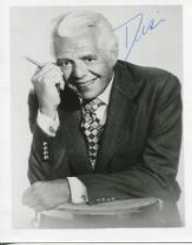 Desi Arnaz was born on March 2nd, 1917. He was born in Cuba and later escaped to the United States in 1933. He experienced early success, and this helped him land an essential role in Broadway musical that was released in 1939, Too Many Girls.

Soon after, Desi also featured in the film version of the musical. It is at this point that the stat bumped into his future wife, Lucille Ball. After marrying Ball in 1940, Arnaz went on to come up with a hit TV series named I Love Lucy. This show was aired for six years.

In 1933, the Cuban Revolution came up. This has a significant impact on Arnaz and his entire family. His father was arrested, and his whole property was taken from him. After this father’s release, the family fled from Cuba.

Arnaz continued his education the new location that they had relocated into. Here, he attended St. Patrick Catholic High School. He also went to Saint Leo Prep with the primary intentions of improving his English. During this period, he played the guitar at the Roney Plaza Hotel.

Desi Arnaz’s music talent impressed Xavier Cugat. He was a Spanish-American and a bandleader. Cugat gave him the opportunity of performing with him. A few years later, Arnaz went on to create his band and named it Desi Arnaz Orchestra.

The new band was to introduce Conga music to the American audiences. Their music had a great reception both in their local area and nationwide. Their recognition helped in earning Arnaz a spot in the 1939 Broadway musical named Too Many Girls. After this, the coming year he went to Hollywood. He had an intention of acting the movie version of the musical he had featured in.

While in Hollywood acting, he met Lucille Ball. She was going to be his future wife. The couple tied the knot in 1940. He acted three other films, and in 1943, he received a draft notice requiring him to serve his country in World War II. He helped the army as an entertainer for two years.

After being discharged from the army, he brought together another orchestra. This time he was successful with his live performances and recordings.

Partnering with his wife, Desi Arnaz formed Desilu Productions. This organization helped them in arranging their shows both on screen and on the radio. In 1949, the duo turned their efforts in coming up with a new series I Love Lucy. This show was aired in 1951, and it ran for six years. Fortunately, for the couple, they had retained full ownership of the show. The show was a significant success at the time of its airing. It earned the top spot position as the country’s favorite show for four years. In 1957, the show came to an end.

After marrying Lucille Ball in 1940, Desi Arnaz separated from her in 1960. Together, they had two children. Arnaz indulged in alcohol which brought problems to their marriage. In addition to this, Ball found him to be a womanizer.

In 1963, Desi Arnaz got married to Edith Mack Hirsch. He had a habit of smoking cigars which was one of the main reasons for his death. Later, he had lung cancer. He passed away on the second day of December 1986. He died at the age of 69.