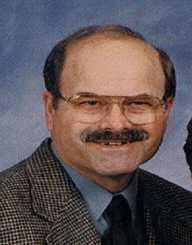 Dennis Rader was born on 9th March 1945, to William and Dorothea Rader. He was born in Pittsburg, Kansas, in the United States, but grew up in Wichita. He was one of four boys.

Dennis Rader joined the US Air Force in 1966. He served until 1970, and after being discharged, he moved to Park City. His mother worked as a bookkeeper at the local IGA supermarket, and Rader got a position in the meat department.

He studied at Butler County Community College and graduated in 1973 with an associate degree in electronics. He then enrolled at Wichita State University, and he graduated in 1979 with a degree in administration of justice.

Security alarms for homeowners, many of whom were concerned about the BTK killings. Little did they know it was Rader committing the crimes.

In 1989, Dennis Rader was a census field operations supervisor in the Wichita area, and after that he became a compliance officer and dogcatcher in Park City. He was still working there in 2005 when he was arrested for the murders, and his employment was terminated when he failed to show up for work. His employer didn’t realize at the time it was due to him being arrested.

Dennis Rader is known to have killed ten people. He intended to kill others, but they were fortunate to escape the fate he had planned for them. He was stalking his next victim when he was arrested. The murders took place between 1974 and 1991. Six were strangled, one was hanged, one was stabbed, and two were suffocated.

Dennis Rader craved attention, and part of his signature was to send letters to police, newspapers and media. He became known as the BTK Killer. By 2004, leads had gone cold on the BTK Killer investigations.

Once again Dennis Rader began contacting the media, and in February 2005, he was arrested. Over time, the police had collected enough circumstantial evidence against him, but they were trying to get more direct evidence.

Dennis Rader's daughter had previously had a pap smear at the Kansas State University medical clinic, and the police obtained a warrant to test it for DNA. The DNA was a close match to the DNA found under the fingernails of one of the victims. It proved the killer was a family member of Rader’s daughter. It was the proof the police needed.

Dennis Rader was arrested on 25th February 2005. On 28th February, he was charged with ten counts of first degree murder. Although a not guilty plea was originally entered on 3rd May, on 27th June, Dennis Rader changed his plea to guilty. He was sentenced on 18th August to a minimum of 175 years in prison.

Dennis Rader married Paula Dietz in 1971. When he was arrested in 2005, Dietz was granted an immediate divorce. The couple had two children, a son and a daughter.