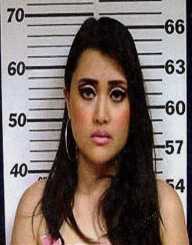 Known as the Pot Princess of Beverly Hills. Lisette Lee was born in 1981 in Seoul, South Korea. Her
father was Yoshi Morita and her mother was Corinne Lee. Her parents could not marry due to the social
station, her mother was an heiress to the Samsung fortune. Her father was a casino mogul. Plus he was
Japanese. So their family friends Buom Geol Lee and Lauren Lee adopted Lisette at three weeks old and
moved to the United States. On August 9, 2000, she became a U.S. citizen.

In 2010, she was arrested for narcotics trafficking. How did she get to that arrest? Well, growing up in
Beverly Hills she would go to school and graduate without any big accolades. She liked about her history
and schooling- going so far as to mention Paris Hilton as a classmate. Following school, she held
numerous jobs before becoming known as the Pot Princess.

She wasn’t big on the truth. She lied about being an heiress to the Samsung Corporation. However, her
grandfather was the founder of Samsung Corporation. Although she never married in prison, she did
have a boyfriend prior to prison. One boyfriend was David Garrett. He was her partner in the drug
business as he was a street-level drug dealer. The two along with some friends and non-friends formed
the Team LL. He helped her move 7000 pounds of pot from Los Angeles to Columbus, Ohio over 14
different trips.

Along with David Garrett, her friend Mellie Cady, whom she got into drug trafficking and who spent a
month in prison, plus a year under house arrest after the Ohio drug bust, formed part of the Team LL
and also were responsible for transporting the drugs on the date of the arrest. Cady also wrote a book
titled, Smokes: How a Small-town Girl Accidentally Wound up Smuggling 7,000 Pounds of Marijuana
with the Pot Princess of Beverly Hills that came out in 2015.

She allegedly kidnapped, set up surveillance and wiretapping during her sojourn as a Pot Princess to
maintain control. But in June of 2010, when she was 28 years old, she got arrested by the DEA at Port
Columbus International Airport in Ohio’s capital. She had 13 large suitcases, two assistants and a
bodyguard that was found with 500 pounds of marijuana, estimated worth at the time was $500,000
dollars. Her suitcases smelled of weed. As a result, Lisette was charged with felony counts of possession
of marijuana and conspiracy to distribute marijuana.

She did, however, plead guilty to conspiracy to distribute and possess with intent to distribute more
than one tone of marijuana that happened in February of 2011. And in July of 2011, she was sentenced
to six years in federal prison for drug trafficking under the terms of a plea deal. Her time was reduced to
the mandatory minimum of ten years in prison Lisette was also ordered to pay for $20,000 dollars in
fines.

Not much is said about her current lifestyle in 2019. It is known that she had a relationship with
Christian Navarro for four years. No one knows now. Also little is known about her current status. It has
been said that he had been released. No confirmation is given.